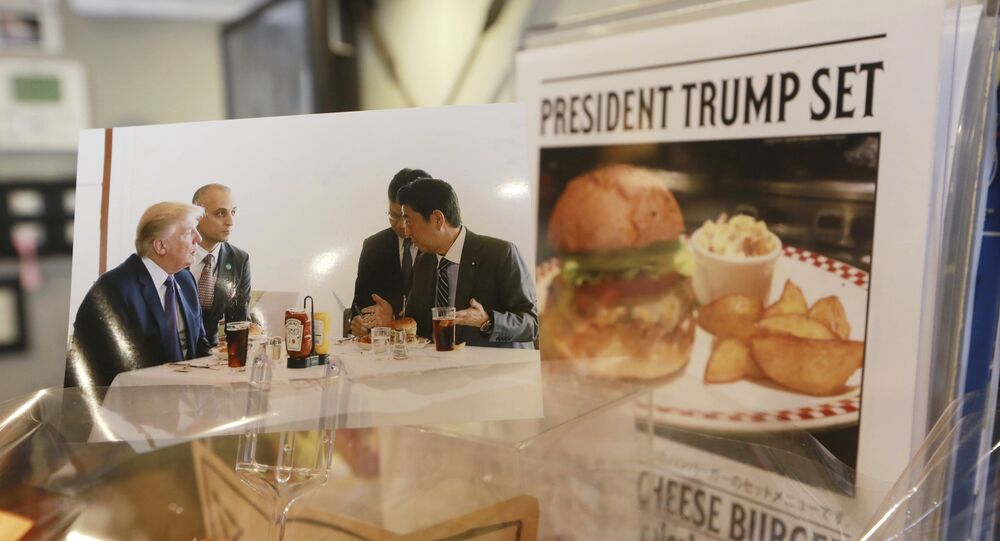 WASHNIGTON (Sputnik) - US President Donald Trump and Japanese Prime Minister Shinzo Abe are set to meet in the White House’s Oval Office Thursday amid concerns that the United States might be relaxing pressure on North Korea as relations improve.

Abe’s trip to Washington comes less than a week ahead of the summit between Trump and North Korean Leader Kim Jong-un scheduled to take place in Singapore on June 12.

According to Japanese media, Abe wants to stress during the meeting the importance of maintaining economic sanctions against North Korea in light of Trump’s comments last week about no longer using the term "maximum pressure" when it comes to dealing with Pyongyang.

The White House has been tight-lipped about what exactly will be on the agenda during Trump’s meeting with Abe, although the summit will be an obvious focus point.

© Sputnik / Iliya Pitalev
Trump-Kim Summit May Provoke Influx of Chinese Investment to N Korea – Reports
"I'm not going to get ahead of the President's [Trump] meeting with the Prime Minister [Abe], but we certainly anticipate the summit with North Korea… to come up, as well as trade issues and other matters," White House spokesperson Sarah Huckabee Sanders told reporters earlier this week.

Abe is scheduled to meet with Trump at the White House at 12:05 p.m. EST (16:00 GMT). According to the State Department public schedule released on Wednesday night, Secretary of State Mike Pompeo will also attend the meeting.

Trump and Abe then plan on having a "working lunch" before a joint press briefing that is scheduled for 2:00 p.m. in the White House Rose Garden and is to last no more than 30 minutes before the Japanese prime minister departs.

Last week, after meeting with North Korean Vice Chairman Kim Yong Chol, Trump told reporters at the White House he no longer wants to use the term "maximum pressure" to describe the US-led campaign of economic sanctions on North Korea because the two sides are "getting along."