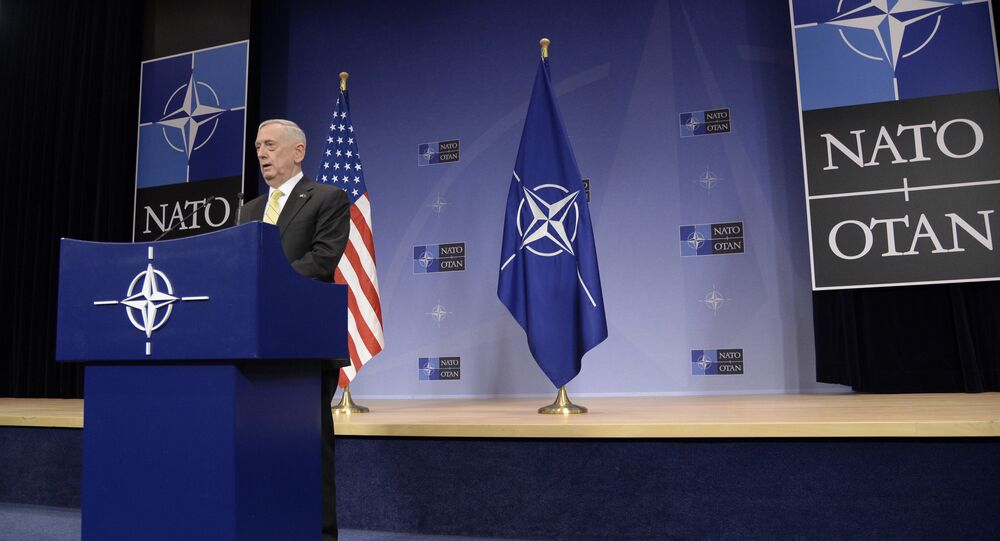 The prospect of improving relations between Russia and NATO are hindered by the Kremlin’s alleged interference in US and European elections and its "changing borders in Europe through the force of arms," Mattis said.

© REUTERS / Christian Hartmann
US ‘Whipping’ Europe by Demanding More NATO Troops to Curb ‘Russian Threat’
Mattis added that Russia, from NATO’s perspective, has more in common with the alliance in terms of its future. However, it has been extremely difficult to find a common cause with Russia, Mattis said.

NATO's defense ministers will meet on Thursday and Friday to prepare for the July summit which is focused on approving a new command structure which may boost personnel by 1,200.

Earlier in the day, US Envoy to NATO Kay Bailey Hutchison said NATO defense ministers this week will focus on approving a new streamlined command structure for more rapid response and deployment of forces to crisis areas in the 29-nation alliance.