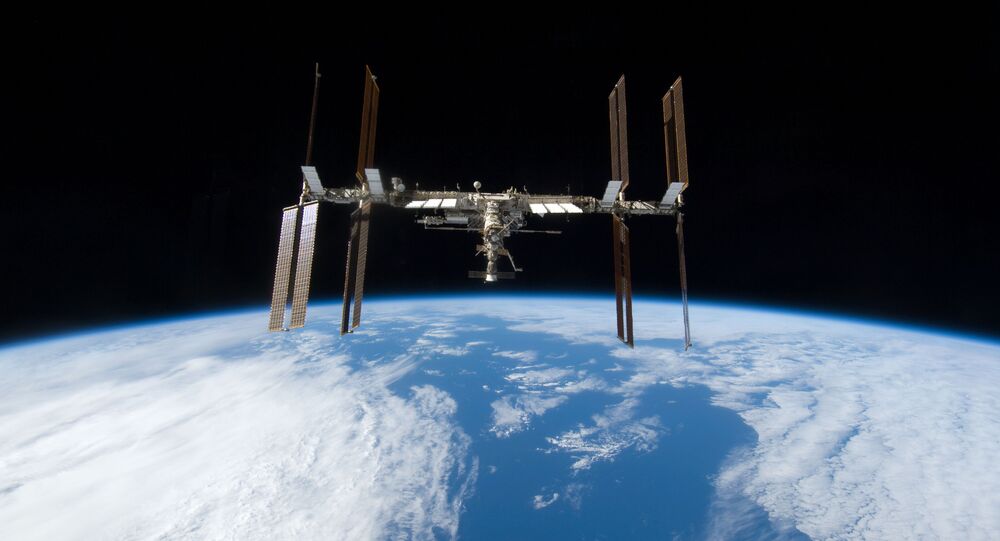 NASA’s new administrator Jim Bridenstine gave his first extensive interview since taking over in April, wherein he elaborated on plans to outsource control of the International Space Station (ISS), an idea originally proposed by the White House.

US President Donald Trump's White House 2019 budget proposal, submitted to Congress on February 12, called for the US to begin a "transition to commercialization of low Earth orbit [LEO] and ends direct federal government support of the International Space Station in 2025," Sputnik News previously reported.

Congress still has to approve the controversial measure for it to go into effect, although NASA has expressed an eagerness to expand public-private cooperation.

The football-field-sized space laboratory comes at a cost of $3 to $4 billion annually to American taxpayers, but exists as a cooperative effort between Russia, Japan, Canada and European partners. The nature of the joint venture could hinder efforts to privatize it.

That's "not totally impossible, but it does require a set of fundamental steps," Frans von der Dunk, professor of space law at the University of Nebraska-Lincoln, told Radio Sputnik on February 14. In the very least, it "would at least require renegotiation of the space station agreement," the professor said.

"As a fiscal conservative, you know one of the dumbest things you can do is cancel programs after billions in investment when there is still serious usable life ahead," Sen. Ted Cruz (R-TX), chairman of the Subcommittee on Science and Space, told the Washington Post in February.

The ISS has cost the US some $87 billion so far.

The issue appears to be one that unites Republicans and Democrats. Senator Bill Nelson (D-FL), himself a former astronaut who spent more than 146 hours in space, said in a February 12 press release on the plan to privatize the space station, "Turning off the lights and walking away from our sole outpost in space at a time when we're pushing the frontiers of exploration makes no sense."

On March 30, NASA released a report on the US' vision of its role in the realm of low-Earth orbit (LEO), where the ISS is positioned. "The vision includes one or more privately owned/operated platforms — either human-tended or permanently crewed — and transportation capabilities for crew and cargo that enable a variety of activities in LEO, where those platforms and capabilities are sustained primarily by commercial revenue rather than relying on NASA and the US government as their main source of revenue as is the case today with the ISS," the report stated.

Now, it appears NASA is moving in that direction. Bridenstine told the Washington Post, "We're in a position now where there are people out there that can do commercial management of the [ISS]," also noting that he had "talked to many large corporations that are interested in getting involved in that through a consortium, if you will." The administrator didn't mention which companies he's been in contact with.