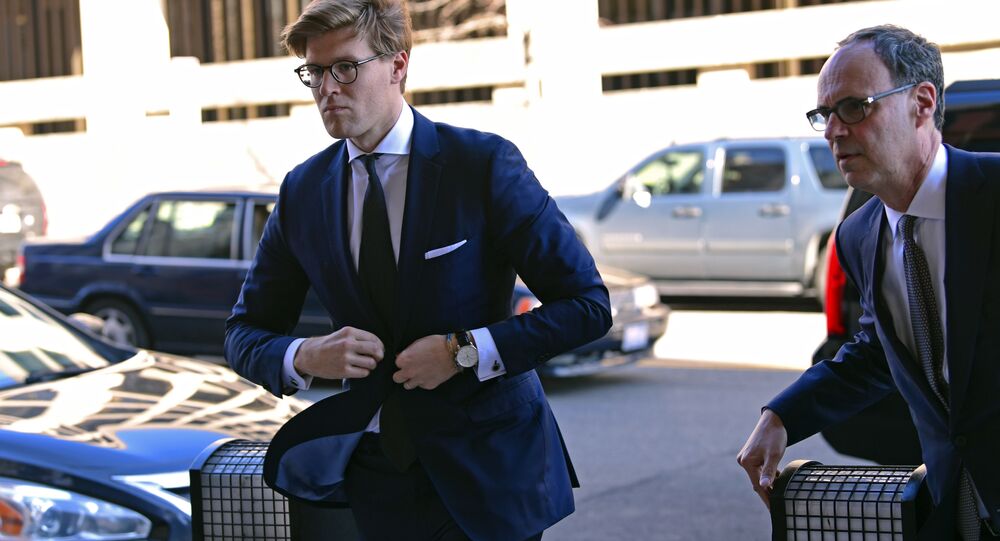 WASHINGTON (Sputnik) - Dutch attorney Alex van der Zwaan, the first person sentenced to jail time in Special Counsel Robert Mueller's investigation, has been sent back to the Netherlands and has arrived in his home country, media reported.

Van der Zwaan, who received 30 days in prison for lying to US federal investigators, was transferred into the hands of the Dutch authorities, CNN reported citing the US Immigration and Customs Enforcement officials.

The attorney completed his sentence in a Pennsylvania's prison, the media noted on Tuesday. Prosecutors also ordered van der Zwaan to pay a penalty of $ 20,000.

Van der Zwaan lied to the FBI and Mueller's office when asked about his work as an attorney for a law firm that the Ukraine Ministry of Justice had asked to put together a report on former Prime Minister Yulia Tymoshenko in 2012, according to documents by the Special Prosecutor’s office.

© AFP 2021 / Jonathan Ernst
Trump Lawyers Warn US President Against Testifying in Russiagate
Van der Zwaan also failed to reveal the communication he had with former Trump campaign official Richard Gates and someone referred to as "Person A" in the autumn of 2016, even though he recorded the calls.

He deleted or otherwise did not produce emails requested by the Special Counsel's office, including an email between him and "Person A" in September 2016.

Mueller's investigation into allegations that the Trump campaign colluded with Russia during the 2016 presidential race has extended for more than a year. However, the investigation has not produced evidence of collusion.

Russia has repeatedly denied interfering in the US political process and colluding with the Trump campaign. President Donald Trump has also denied collusion and characterized Mueller’s probe as a witch hunt.

White House: US Intel Community to Brief Republicans on Russiagate