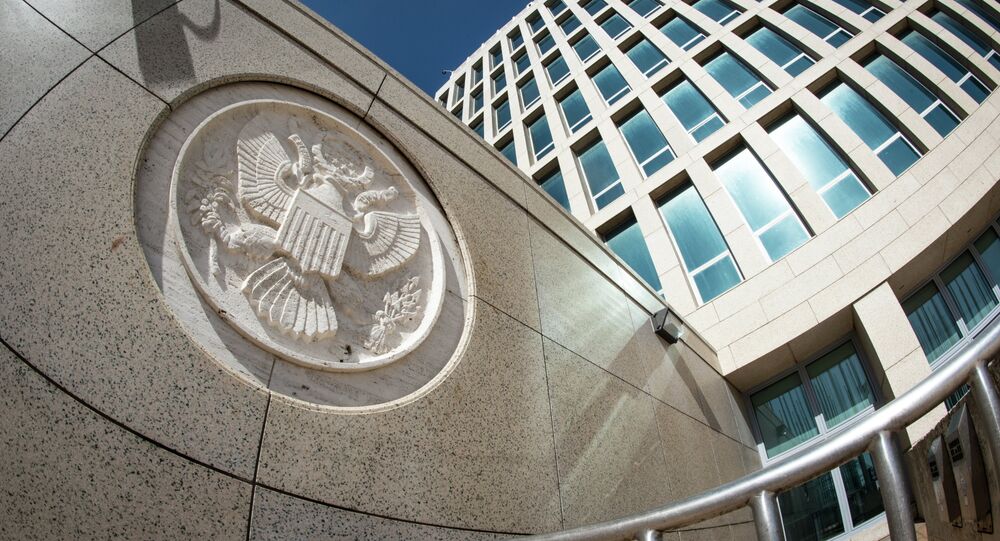 WASHINGTON (Sputnik) - The US State Department established a task force to respond to mysterious health incidents overseas, such as the ones that occurred in Cuba, Secretary of State Mike Pompeo said in a press release.

"At my request, Deputy Secretary Sullivan established a task force… to direct a multi-agency response to the unexplained health incidents that have affected a number of US government personnel and family members stationed overseas," Pompeo said.

© AFP 2021 / YAMIL LAGE
Cuban Officials: Alleged Sonic Attacks on US Diplomats Are ‘Science Fiction’ and ‘Slander’
During testimony before the US House of Representatives Foreign Affairs Committee last month, Pompeo testified that the medical indications in the China incident were "very similar and entirely consistent" with the sonic attack in Cuba.

In October, the United States expelled 15 Cuban diplomats in retaliation for what it sees as Havana's failure to protect staff at the embassy.

The Cuban government has denied involvement in or knowledge of the attacks.

Chinese State Councilor Wang Yi said that Beijing did not find that any organization or individual had carried out the alleged sonic attack.

In November 2016, US diplomatic staff in Cuba said they started to feel strange symptoms and were subsequently treated for hearing loss, dizziness, balance problems and insomnia, all of which happened after their exposure to alleged acoustic attacks.

The US State Department has announced that at least 24 individuals working at the US Embassy in Havana experienced health effects created by these purported attacks.