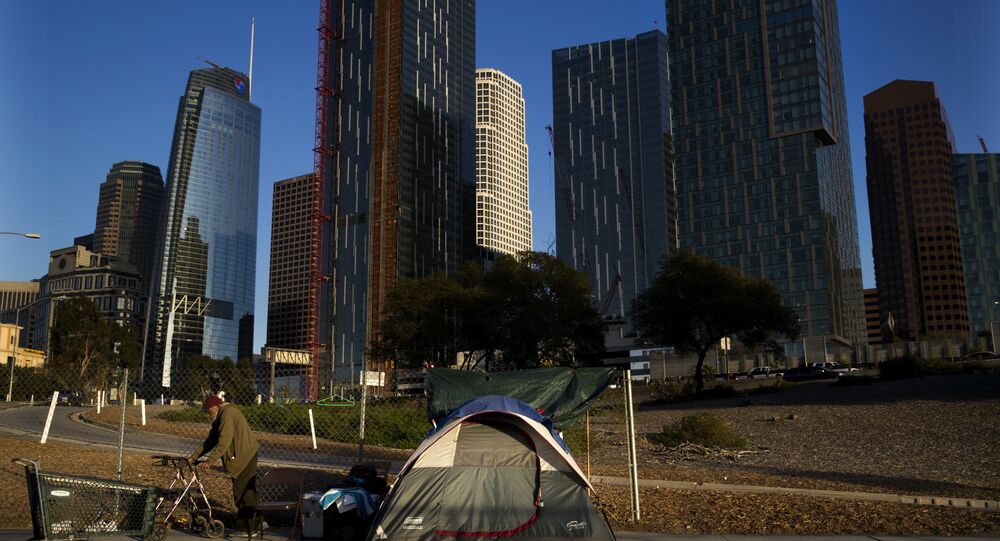 WASHINGTON (Sputnik) - More than 40 million US citizens live in poverty and some five million live in third world conditions because of inhumane government policies, UN investigators revealed in a report.

"For one of the world’s wealthiest countries to have 40 million people living in poverty and over five million living in ‘Third World’ conditions is cruel and inhuman," UN Special Rapporteur on extreme poverty and human rights Philip Alston said in the report released on Monday.

The Trump administration’s tax reform bill is facilitating inequality by attacking the US welfare system, Alston added. Poverty in the United States, he said, appears to be fueled by contempt along with a "winner takes all" mentality.

© AFP 2021 / MARK RALSTON
CDC Reports Sharp Increase in Opioid Overdoses Emergency Room Visits
In addition, Alston pointed out that individuals in poverty are prone to being jailed. He argued that the US legal system is used to raise revenue for states instead of its mission to promote justice. About 11 million people are sent to local jails each year in the United States, he said.

Alston highlighted that the United States now has the highest income inequality in the Western world, the highest incarceration rate in the entire world, and one of the lowest turnout rates in elections among developed countries.

The findings are the result of a UN fact-finding team that visited the US states of California, Alabama, Georgia, Puerto Rico, West Virginia and Washington, DC from December 1-15 in 2017, the report said.