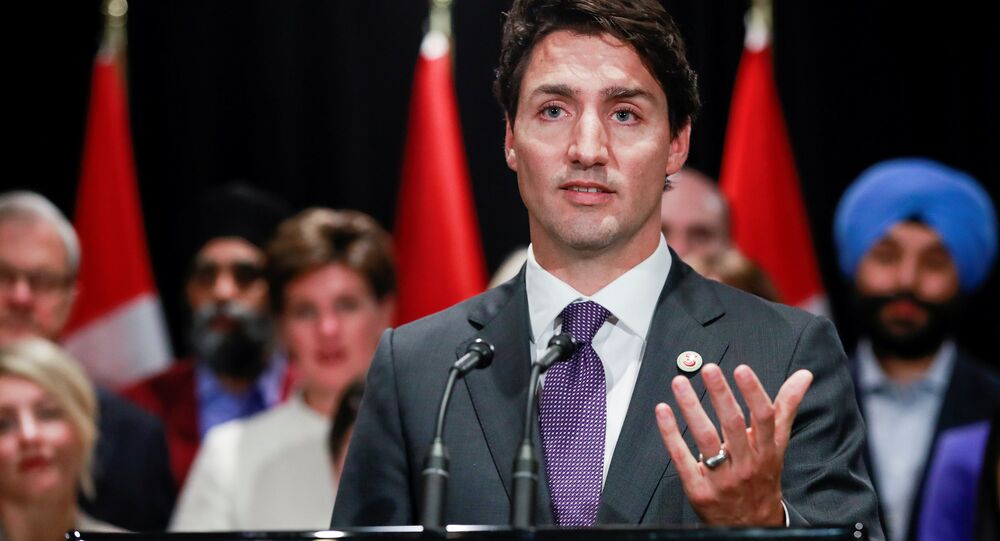 The US has imposed protective tariffs on steel and aluminum on a number of the countries, including European nations, Canada and Mexico. Many of them have promised an appropriate response to the US’ actions, which are openly being called a "trade war."

Canadian Prime Minister Justin Trudeau, in an interview with NBC, expressed his surprise over the fact that the US is treating Canadian steel and aluminum as a threat to national security. Trudeau recalled that American and Canadian soldiers fought together during the Second World War and in Afghanistan, going on to note that calling Canadian goods a threat despite their common history is insulting.

"The idea that we [Canada] are somehow a national security threat to the United States is quite frankly insulting and unacceptable," the Canadian prime minister said.

Earlier, Canadian Foreign Affairs Minister Chrystia Freeland announced that Ottawa is imposing retaliatory tariffs, which would be "the strongest trade action Canada has taken in the post-war era."

Trump has imposed harsh tariffs on steel (25%) and aluminum (10%) against many countries, including US allies in Europe, Canada and Mexico. The move has been met with strong criticism, with many of the affected countries promising to impose retaliatory tariffs against US goods.

EU to Defend Interests if Attacked, Doesn't Want Trade War With US - Paris