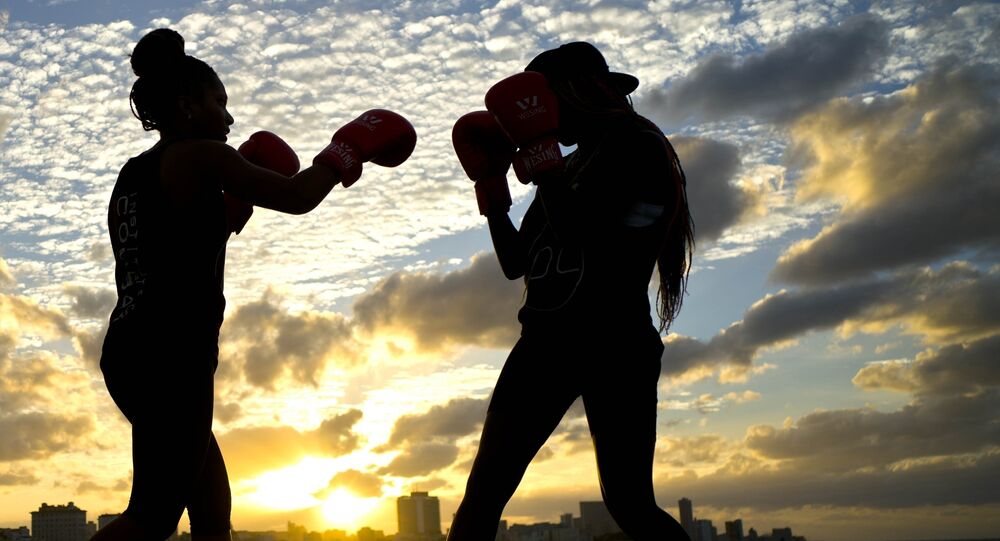 The US will see one of the first legally sanctioned night of bareknuckle boxing since 1889 on Saturday. Sputnik looks at the history of bareknuckle fighting, which went out of fashion when the Queensberry Rules were introduced and boxers began using gloves.

BKFC organizer David Feldman plumped for Wyoming after 28 other US states turned down his applications for a licence.

The 12-bout card will be broadcast live on pay-per-view television across the US and Canada. Each round will last only two minutes — compared to three for boxing — and there will be a maximum of nine rounds, not 12.

Also fighting is former IBF world lightweight champion Paul Spadafora, 42, who once sparred Floyd Mayweather. Spadafora — known as The Pittsburgh Kid — threw away his ring career while battling with alcohol and spent time in jail after shooting his girlfriend in 2003. She survived.

Bareknuckle fighting, which was popular in Britain, Europe and the US in the 18th and 19th centuries, went out of fashion when the Queensberry Rules were introduced in 1892 and boxers began using gloves.

The last bareknuckle heavyweight champion was America's John L Sullivan, who was knocked out by James J Corbett in the first world title fight under the Queensberry Rules.

In an interview with the BBC World Service, Feldman explained why he believed bareknuckle fighting was actually less dangerous than traditional boxing.

"If I take a brick and hit you out I'm going to knock you out in one shot. Now if I take that brick and pad it I'm going to hit you five, six, seven, eight times before I knock you out. So the brick is the bare fist and the padding on the brick is the boxing glove, so is it better to take one concussive shot or five, six, seven, eight concussive shots?" said Mr. Feldman.

Bareknuckle Fights at O2 in London

Bareknuckle fighting has never been illegal in the UK and last year 2,000 people attended a night of bareknuckle boxing at the O2 Arena in London but the British Boxing Board of Control (BBBC) wants nothing to do with it.

"Emphasising boxing skill rather than wrestling and agility over strength, the Queensberry Rules helped to undo the popular image of boxing as a savage, brutal brawl. The new Rules prohibited bare-fisted fighting, wrestling, hugging, hitting opponents while they are helpless and fighting to the finish," it says on the BBBC website.

"We're going back to where we were at the beginning of time. The sport has moved on, it is a tough, dangerous sport, we know that," BBBC general secretary Robert Smith told the BBC last year.

Mr. Smith was unavailable for comment when approached by Sputnik on Friday, June 1.

​The Fight That Lasted 39 Rounds

One of the most famous English bareknuckle fighters was Tom Cribb, who was heavyweight champion from 1808 to 1822 and has a memorial outside a church in Woolwich, south east London.

The story of Tom Molineaux, a freed slave turned champion boxer who spent his last days in Galway. #TG4Nua pic.twitter.com/Qrw1Tmxfc7

In December 1810 Cribb was matched with Tom Molineaux, a former slave, who battered him for 38 rounds.

But the crowd would not accept a black champion and propped up Cribb, occasionally even punching Molineaux themselves.

In the 39th round an exhausted Molineaux collapsed unconscious and Cribb was declared the winner, and still the champion.

Molineaux lost a rematch the following year and died in Ireland in 1818, a penniless alcoholic.

A representative of Corey Williams' Bare Knuckle Boxing contacted Sputnik News since the publication of this article, to point out that he had been putting on legal bareknuckle fighting events, with a visible police presence, in Wyoming since 2014.