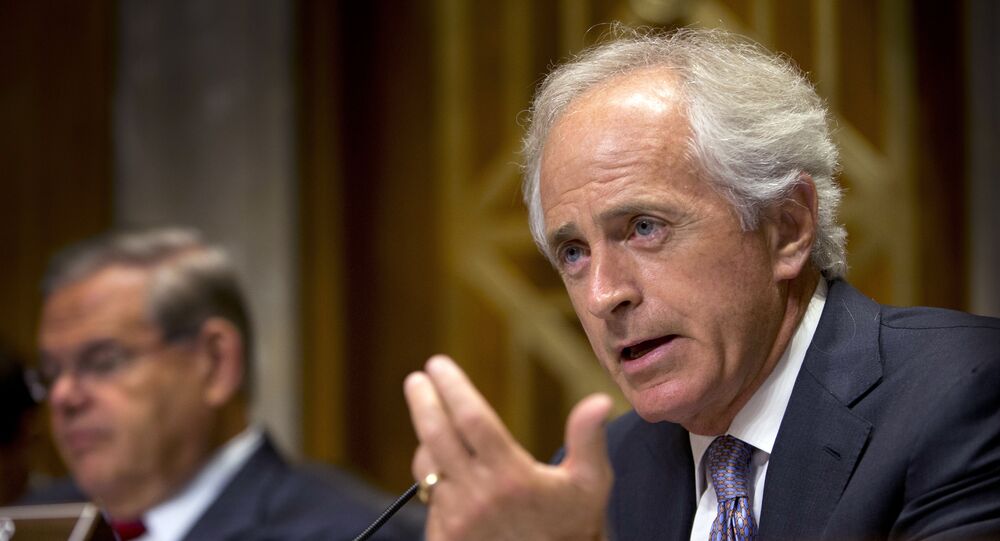 WASHINGTON (Sputnik) - The newly imposed tariffs by the Trump administration on steel and aluminum imports from EU, Canada, and Mexico represent abuse of power, US Senate Foreign Relations Committee Chairman Bob Corker said in a statement.

"Imposing steel and aluminum tariffs on our most important trading partners is the wrong approach and represents an abuse of authority intended only for national security purposes," the statement said on Thursday.

© Sputnik / Natalia Seliverstova
'Everybody Loses in a Protracted Trade War': IMF Urges Working Together to Reduce Trade Barriers
Meanwhile, House Speaker Paul Ryan said that Trump administration fired at US allies by imposing tariffs while it should work with them on issues like China's trade policies.

"I disagree with this decision. Instead of addressing the real problems in the international trade of these products, today’s action targets America’s allies when we should be working with them to address the unfair trading practices of countries like China," Ryan said on Thursday.

Ryan said the administration can figure out better ways to protect American workers and businesses. The House speaker also promised to address this matter with the White House.

US Secretary of Commerce Wilbur Ross announced earlier in the day that Washington would impose a 25-percent steel tariff and 10-percent aluminum tariffs on the EU, Canada, and Mexico, going into effect Thursday at midnight.

© AP Photo / Mark Duncan
Trump to Hit EU With Metal Tariffs on Thursday - Reports
The official said in an interview to a national network that the new tariffs will not fundamentally affect the US relationships with its global partners.

However, Canadian Foreign Minister Cynthia Freeland announced shortly after the US action that Ottawa would place duties on US steel and aluminum products on July 1 until Washington ends its own restrictions.