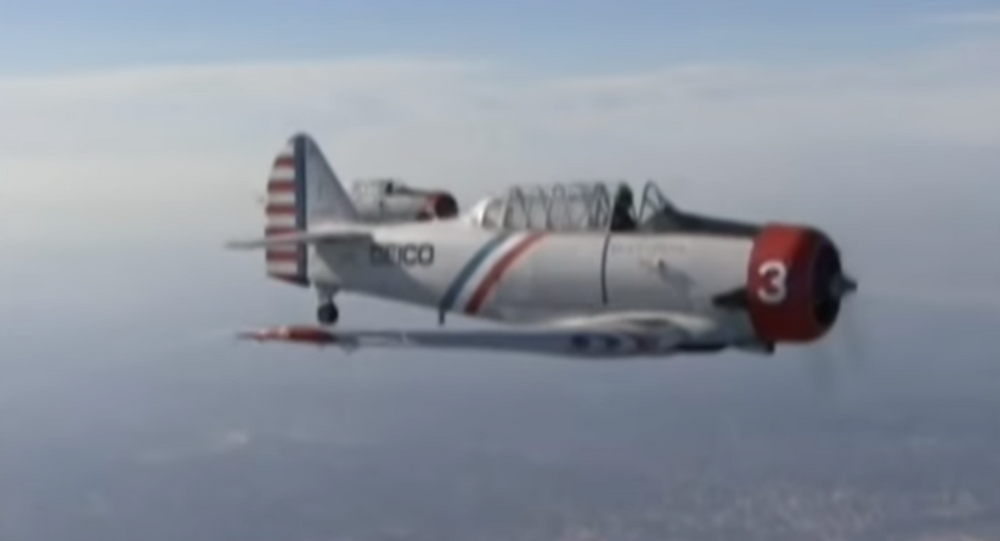 The plane, which was part of the Geico Skytypers Airshow team, crashed in Suffolk County along Northcote Drive in Melville at around 1:52 p.m. local time, ABC 7 reported.

Photos of the wreckage were shared on social media by Long Island resident Lauren Peller. The SNJ-2 plane crashed right in front of her home.

​According to the New York Post, the "propeller-type" plane broke into several pieces before crashing in a residential area. Though many trees were knocked down, the plane did not hit any houses.

The pilot, who has not yet been identified, was the only person inside the aircraft. No one on the ground was injured.

"It's extremely lucky that nothing was hit," David Kaplan, first assistant chief of Melville, said. "Houses were approximately 200 feet away."

The blaze that was ignited by the crash was put out in roughly 10 minutes by the Melville Fire Rescue.

​Authorities are still investigating the cause of the crash.

The Geico Skytypers Airshow Team is a flight squadron of six vintage WWII planes performing precision flight maneuvers at air shows, according to the team's website.