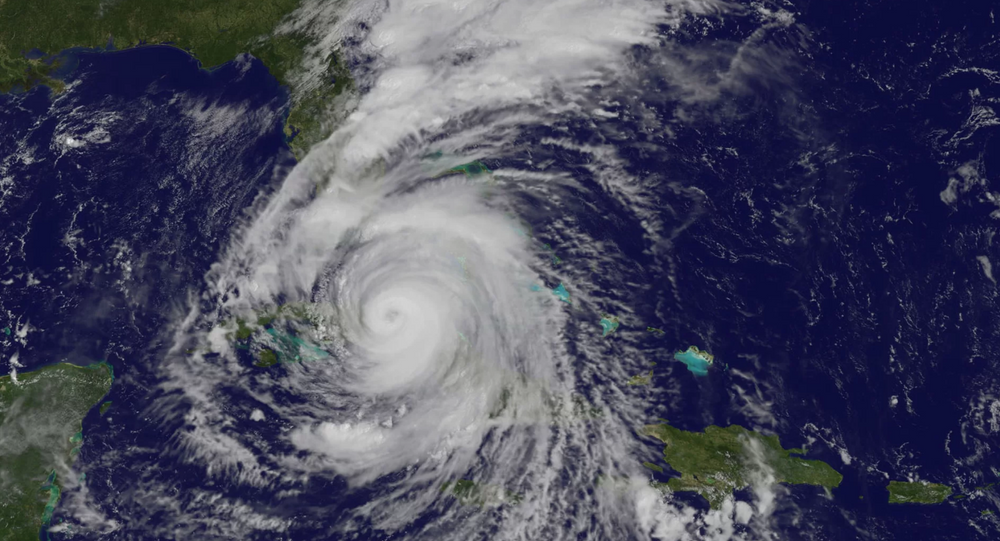 WASHINGTON (Sputnik) - Recreational US boaters, who plan to set sail during the three-day Memorial Day weekend, are being urged stay on dry land, as gale-force winds from a dangerous subtropical storm threaten the Gulf of Mexico region, US Coast Guard said.

"Typically, there is an increase of boaters on the water during the holiday weekend, however, due to the impeding storm the Coast Guard urges boaters to take precautions for their personal safety," the Coast Guard stated in a press release on Friday. "Rescue and assistance by the Coast Guard and other agencies may be degraded as the storm approaches. Boaters are urged to secure their vessels and emergency-position-indicating radio beacons."

8pm Intermediate Adv. Subtropical Storm Alberto winds remain at 40 mph. With all the active rain and wind displaced east of the center, the Flood Watch continues for the weekend. pic.twitter.com/3n7RHfRZgs

Meanwhile, the US National Hurricane Center said that Tropical storm dubbed Alberto was heading toward the US coast in Florida over the northwestern Caribbean Sea.

Subtropical storm #Alberto has formed and is the first named #storm of the 2018 Atlantic hurricane season. Here's the latest view from #GOESEast as it heads toward the Gulf of Mexico. More: https://t.co/viOGFPLcXS pic.twitter.com/fziLi4FVpN

Alberto is the first named storm of the 2018 hurricane season, which officially begins in June. It formed in the Gulf of Mexico on Friday and threatens to batter the northern Gulf of Mexico coast with heavy rains and storm surge. The storm, packing maximum winds of 40 miles per hour, is currently located 108 miles southeast of Mexico’s Cozumel island and creeping north at 5 miles per hour. It is expected to speed up on Saturday through Sunday.

A tornado or two may occur over the Florida Keys and parts of southern and southwestern Florida beginning Saturday evening, the NHC said.

Last year was the worst hurricane season in recent memory, with monster storms Harvey, Irma and Maria flooding parts of Texas and wiping out electric power in the US territory of Puerto Rico and nearby islands.

Stay Out of the Water! ‘Sharks’ Invade Flooded Miami Streets After Irma