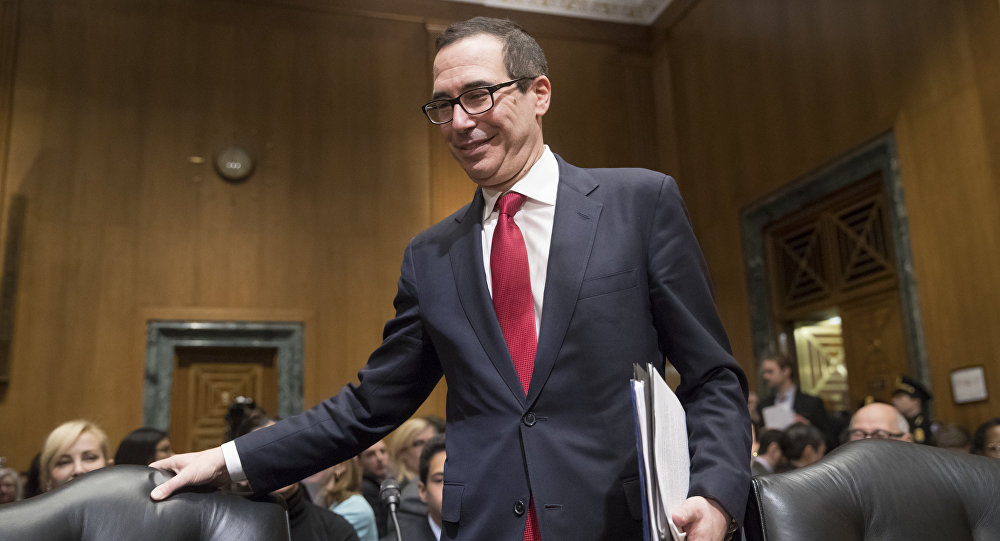 MOSCOW (Sputnik) - The adoption of the renegotiated North American Free Trade Agreement (NAFTA) may take place in 2019 as US President Donald Trump is focused on striking a beneficial deal, US Treasury Secretary Steven Mnuchin said on Sunday.

On Friday, Canadian Prime Minister Justin Trudeau said that the United States, Canada and Mexico were close to reaching agreement on a renegotiated NAFTA. However, Washington said the same day that the talks on NAFTA were "nowhere close" to an agreement, according to US Trade Representative Robert Lighthizer.

© AP Photo / Andrew Harnik
Trump Discusses NAFTA, Middle East in Phone Call With Trudeau
Despite the fact that the talks are still far away from a new deal, the United States still aims to seal an agreement, the official underlined.

The current NAFTA agreement has been in place since 1994. Trump has repeatedly threatened to leave NAFTA if a better agreement is not negotiated between the United States, Mexico and Canada.

The three states have been negotiating an update of NAFTA since 2017.