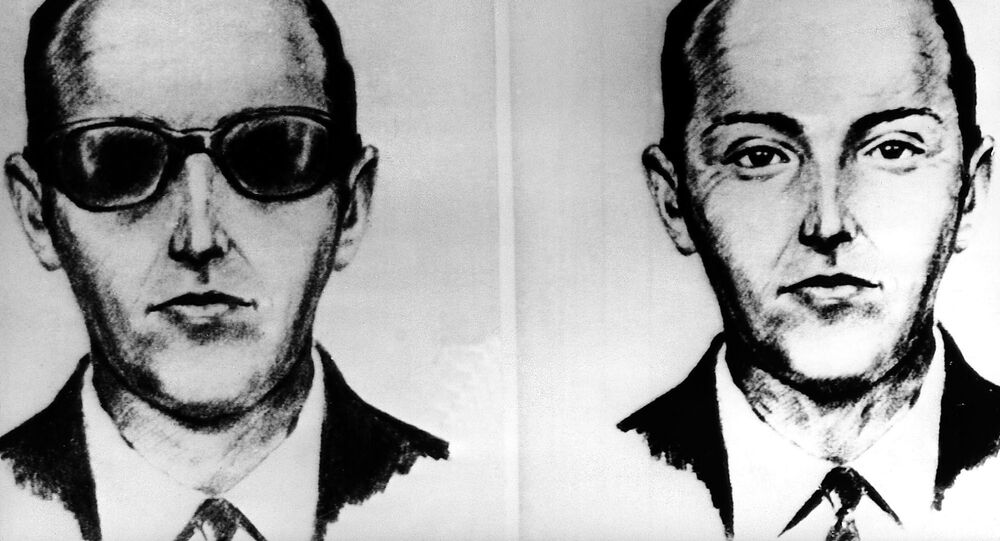 It was November 24, 1971 that a man, who identified himself as Dan Cooper, hijacked a Seattle-bound Boeing 727 by handing a flight attendant a note indicating he had a bomb. 47 years after the hijacking, the identity of the legendary skyjacker might finally have been revealed.

During a news conference on Thursday, Michigan publisher Principia Media claimed the hijacker, known as D.B. Cooper, who managed to parachute out of the plane with a $200,000 ransom, was former military paratrooper Walter Reca. The company stated it worked with Reca’s alleged best friend, Carl Laurin,  on a book, “D.B. & Me: A Criminal, A Spy, My Best Friend,” having gathered evidence, including “almost-daily discussions over a 14-year period and 3+ hours of audio recordings” corroborating his claims.

Author claims this is the man who would become known as D.B. Cooper, says real name is Walter R. Reca #DBCooper pic.twitter.com/j7z870jzTk

“The audio recordings, created in 2008, include Reca discussing skyjacking details that were not known to the public prior to the FBI’s information release in 2015,” the press release read.

While the publisher did not disclose if Reca was still alive, an online obituary repository listed a man with an identical name, who used to live in Oscoda, Michigan, as having died in 2014 aged 80.

Nice of alleged DB Cooper, actually Walter Reca, says she found confession letter from her uncle shortly before he died in 2014. Reca admitted to crime. pic.twitter.com/0GILIOxsKY

"To me, he will always be one of the kindest men I have ever met… That is the D.B Cooper I will always remember." pic.twitter.com/zbwulbKBdM

According to the publisher, Reca was able to survive jumping out of the plane because he was on the Michigan Parachute Team.

“I always got the feeling that when he jumped with our team, the Michigan parachute team, it was a means of survival. […] He was looking for something far beyond that,” the author told a press conference.

In 1971, a man in a black suit and tie, calling himself Dan Cooper, boarded a Boeing 727 flying from Portland to Seattle, and told a flight attendant he had an explosive in his briefcase, handing her a note with a ransom demand. As the plane landed, D.B. Cooper released the passengers in exchange for $200,000 in ransom and four parachutes, further ordering the aircraft to fly to Mexico, although he jumped out of the jet near the Washington-Oregon border and was never seen again.

FBI immediately launched an investigation, but the crime remains unsolved. The bureau never ruled out the possibility that D.B. Cooper was killed in the jump.

“We originally thought Cooper was an experienced jumper, perhaps even a paratrooper. We concluded after a few years this was simply not true. No experienced parachutist would have jumped in the pitch-black night, in the rain, with a 200-mile-an-hour wind in the face, wearing loafers and a trench coat. It was simply too risky. He also missed that his reserve chute was only for training and had been sewn shut – something a skilled skydiver would have checked,” said Larry Carr, an agent who took over the case in 2007.

The Cooper hijacking has greatly contributed to the improvement of airport security: since 1973, the Federal Aviation Administration bagan requiring airlines to search all passengers and their bags.