WASHINGTON (Sputnik) - The US Senate Intelligence Committee voted to advance the nomination of Gina Haspel to be Director of the Central Intelligence Agency (CIA) by a vote of 10-5, Chairman Richard Burr and Ranking Member Mark Warner said in a press release on Wednesday.

Haspel's nomination will now advance to the full US Senate for a vote. Four Democrats have already stated publicly that they plan to vote for Haspel, so she is expected to be approved as CIA Director when the Senate votes on her nomination. 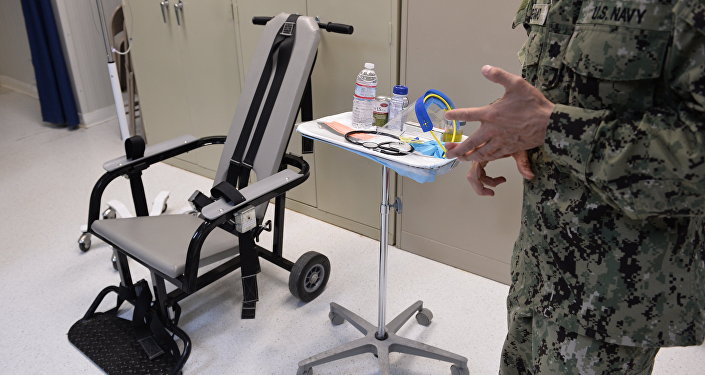 © AFP 2019 / Mladen Antonov
US Senate Calls on DoJ to Declassify Haspel's Role in CIA Torture Program
Most Democrats have expressed concerns over Haspel's role in the CIA's detention and interrogation program, which has been roundly condemned for its reliance on techniques that constitute torture.

Last week, US Senator John McCain refused to vote to confirm Gina Haspel's nomination, saying that she was unfit to run the CIA, citing her "disturbing role in overseeing the use of torture by Americans.

During her Senate hearing on May 9, Haspel promised that the so-called detention and interrogation program would not resume under her leadership.

Haspel, who currently serves as acting CIA director, oversaw the interrogation of a detainee at a secret US prison in Thailand who was waterboarded 83 times in a single month. She also reportedly participated in the destruction of videos of interrogations that have since been characterized as torture and outlawed by Congress.