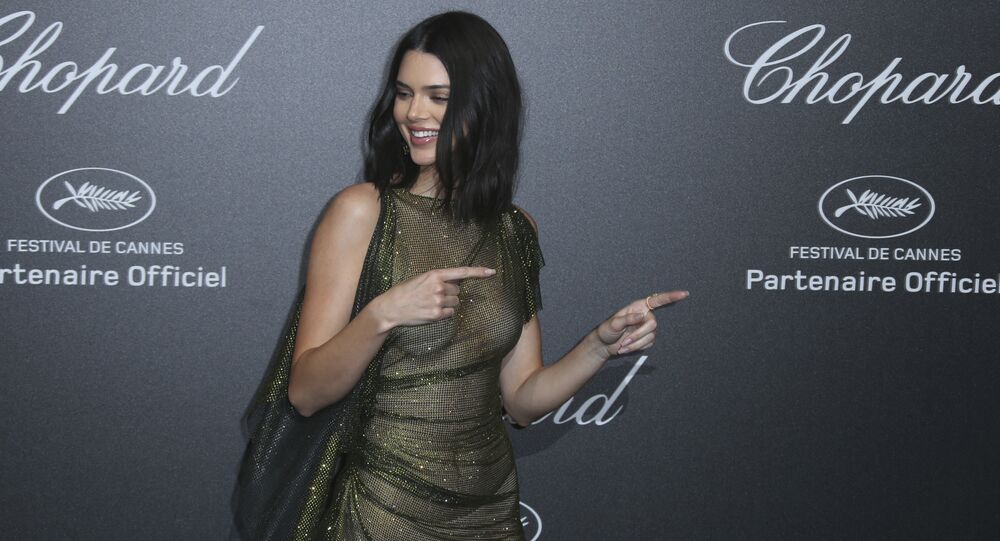 At an event for Swiss watch and jewelry maker Chopard at the 71st annual Cannes Film Festival earlier this month, the top model dons a see-through dress coupled with chic Christian Louboutin heels.

By wearing a flowy asymmetric metallic green dress with just flesh-toned underwear beneath, Kendall Jenner, who famously partook in the "Keeping Up With the Kardashians" reality show, reportedly drew public attention to the feminist "Free your nipple" movement. The French Riviera, which has traditionally hosted the prominent movie event, couldn't help but notice this, alongside hordes of online fans.

Some media, namely USMagazine, even made a reference to the feminist movement "Free Your Nipple," noting that if there was someone to rally for "the free, but fashionable nipple," that would be Kendall Jenner.

I would hold you in my arms FOREVER

The campaign kicked off in 2014 in response to the glossy press having edited a picture of American pop singer Rihanna, in which she posed wearing a transparent dress with no underwear. The musician's fans were indignant over men being allowed to appear topless in public, whereas women were not. The traditional unspoken regulation notably fueled a large-scale debate, with activists bombarding Instagram with "topless" photos.

When Selfies Were Allowed: Best Glimpses of Cannes Festival Before Ban