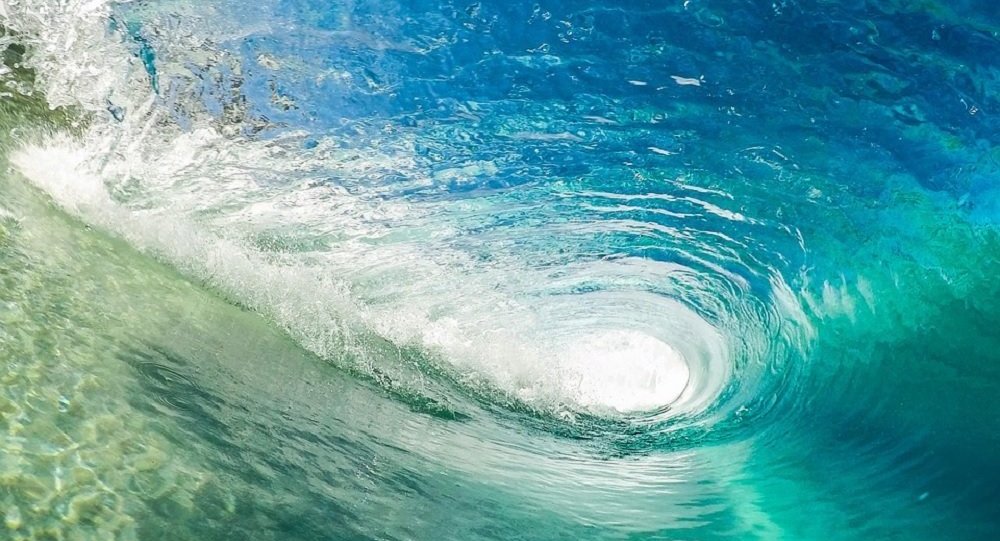 San Diego residents this week were offered yet another reason to love the Golden State after an algae bloom caused San Diego's coastline to light up in a neon blue fashion.

According to the Scripps Institution of Oceanography, the spectacular sights are caused by a red tide algae bloom that contains massive amounts of dinoflagellates, which light up when there is movement. During the day the bloom appears red, while at night it glows blue.

​Dimitri Deheyn, a research scientist at the Scripps Institute, explained to NBC San Diego that dinoflagellates are a type of algae that uses its bioluminescence as a defense mechanism against predators eating the bloom.

​The researcher later noted that "swimming in the bioluminescence" was safe, as the algae isn't known to be toxic.

"Here in California, these blooms of dinoflagellates are usually not toxic… so feel free to go swimming in the bioluminescence, it's an awesome experience. Or you can take the algae and smear it around the sand to watch it glow," he added.

​"I was thinking, ‘this is SoCal's equivalent of a Northern Lights,'" photographer Stephen Bay told CBS News after snapping a few shots of the sights. "Just having natural phenomena where the lights are glowing and the water is lit up — it's amazing. I've never seen anything like it."

For Bay, the glowing blue reminded him of a certain space-themed movie. (Think Star Wars)

"It kind of looked like the color of a lightsaber," he said. "It really was a bright blue color that was just fantastic to look at."

​Officials have suggested that interested locals try to get out and sneak a peek, since it's unclear when the red tide will return. Prior to this bloom, Cali's Big Sur offered some picturesque sights when bioluminescent phytoplankton lit up the coastal waters.