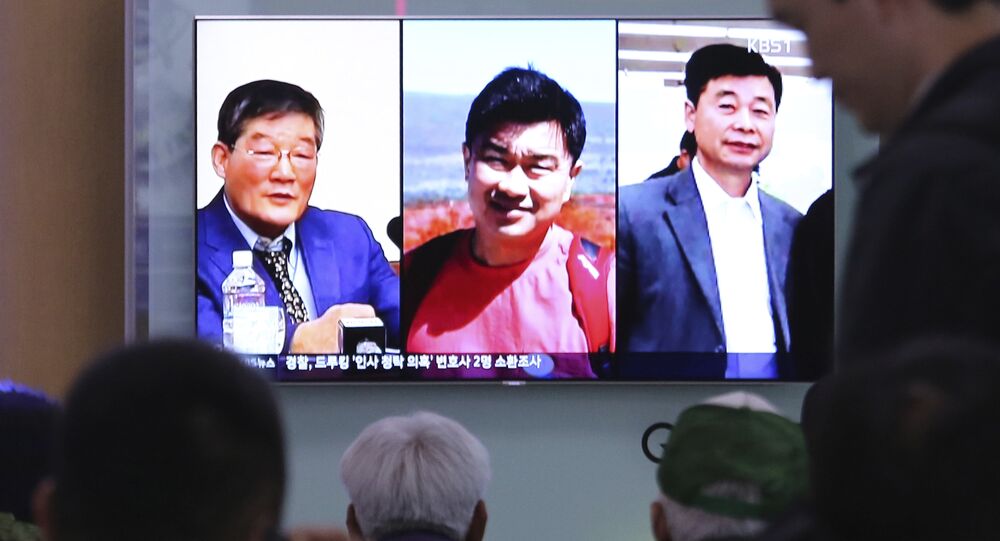 US President Donald Trump said Thursday night he had not paid money to North Korea to secure the release of three Korean-Americans held in labor camps there.

"Kim Jong-un did a great service to himself and to his country by doing this. But those hostages came out, with respect, we didn’t pay for them," he said at an Indiana rally.

He reiterated that North Korea’s leader Kim did "the right thing," seen by Washington as a goodwill gesture ahead of the June 12 summit, adding the hostages "came out for nothing and the others came out for $1.8 billion in cash."

President @realDonaldTrump: "At two o'clock in the morning, I had the incredible honor of greeting three brave Americans who had been held in North Korea. And we welcomed them back home the proper way." pic.twitter.com/tMkqXk1GSw

This appeared to refer to a prisoner swap negotiated by his predecessor, Barack Obama, in January 2016, in which the United States released seven Iranians in exchange for four US citizens held in Iran.

The swap coincided with a US payment of almost $2 trillion in Iranian funds that were frozen after the 1979 Islamic revolution, as well as interest. Then-presidential candidate Trump slammed the payment as ransom.

Pompeo Returns to US With Three Americans, Had Good Meeting With Kim - Trump