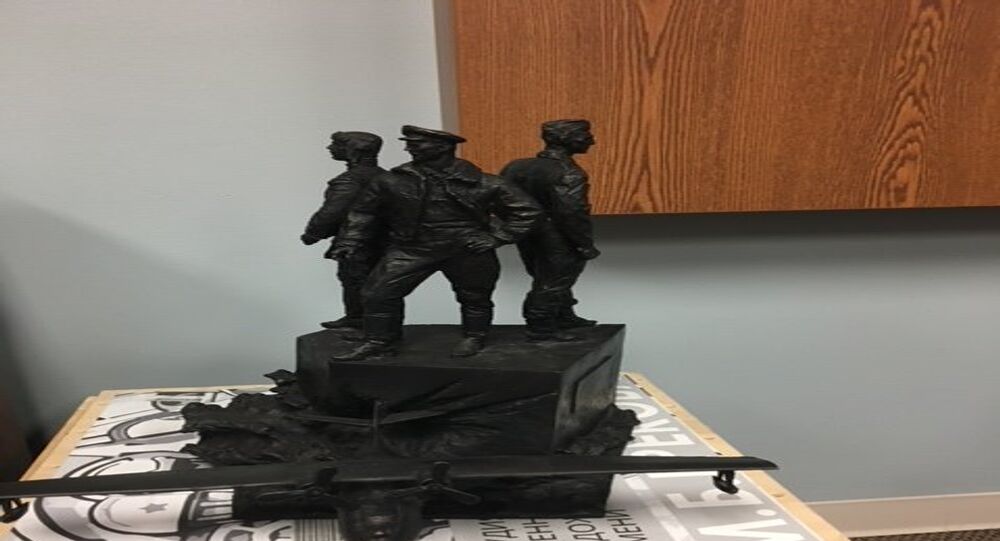 WASHINGTON (Sputnik) - A project to place a Russian monument in honor of the Lend-Lease program participants in Elizabeth City in the US state of North Carolina is currently 'dead' due to the position of the City Council on the matter, City Manager Richard Olson told Sputnik.

"I believe based on the existing dynamics of our City Council the issue is dead," Olson said on Wednesday. "From the City Council’s perspective the item has been taken care of, and it was denied… I don’t believe they will take it up for any sort of reconsideration, vote any time in the near future. That’s not to say it’s never going to happen."

In March, the Elizabeth City council voted 5-3 against a memorandum of understanding with the Russian Defense Ministry that would have permitted erecting the monument. A year ago, however, the previous Council supported the initiative to place the monument in the city’s Coast Guard Park.

Olson said that since the vote against erecting a monument in Elizabeth City, the City Council has taken no actions.

bravo369.net
Elizabeth City in North Carolina to Honour US-Soviet Cooperation During WWII
The official added that he has had several phone calls from the representatives of the Russian government since then, although most of his conversations have been with the US delegation of the US-Russian Joint Commission on Prisoners of War/Missing in Action (POW/MIA) Office.

"My personal opinion is that we had worked in good faith with representatives of the Russian government since the previous City Council took official action on May 22 last year. We put a lot of time and energy into the location in Coast Guard Park. We were of the opinion that it was going to go there," Olson said. "I still personally believe that it’s probably the most appropriate place to put it right now. But the city Council has decided not to allow it to go there, and they are the ones that have the right to do so."

During the March vote, one of the council members, Johnnie Walton, expressed concern that the monument could be used by Russia as "a Trojan horse" to hack or disrupt computers while stressing they have the largest Coast Guard base.

Olson noted that there are people who are talking to the Federal Government trying to find another location for the monument in some place in or around Elizabeth City.

Following the rejection of the project by the Council, the Military Aviation Museum in Virginia and a coastal North Carolina funeral home owner have offered a place for the monument.

Courtesy of Elizabeth City,NC
Elizabeth City Struggles With Decision to Establish Lend-Lease Monument
The monument represents a Russian-made bronze statue of the Catalina aircraft that was used during the Lend Lease program with three individuals on it — representatives of the Soviet Union, Canada and the United States.

"I look at the monument in two lights. First light being that it honors war dead from the Second World War whether those were Soviet Airmen, whether it’s US soldiers or even United Kingdom soldiers," Olson concluded. "The second thing which I find even more intriguing — it’s a beautiful piece of art, the monument itself, how it was designed, the work the artists did. It’s just a beautiful piece of art."