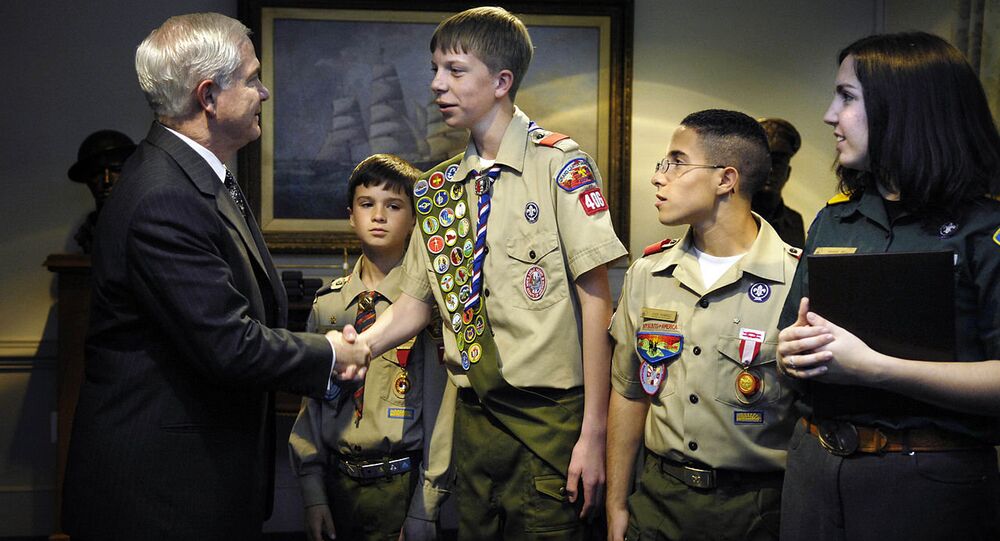 One of the most prominent religions in the United States has announced its plans to put an end to the 105-year-long relationship it enjoyed with the Boy Scouts of America.

Boy Scouts of America and The Church of Jesus Christ of Latter-day Saints jointly declared that they intend to end their long-time partnership on December 31, 2019, Deseret News reports.

"In this century of shared experience, the church has grown from a US-centered institution to a worldwide organization, with a majority of its members living outside the United States. That trend is accelerating. The church has increasingly felt the need to create and implement a uniform youth leadership and development program that serves its members globally. In so doing, it will be necessary for the church to discontinue its role as a chartered partner with BSA," the statement said.

© AP Photo / AP Photo/Trent Nelson, Pool, File
Polygamist Church Leader Warren Jeffs Must Pay Millions to Child Bride for Forcing Her to Marry
The new Mormon youth program is expected to be launched in January 2020, “replacing all existing activity and achievement programs, including the Personal Progress program for Young Women and the Activity Days, Faith in God and Duty to God programs for younger girls and boys,” according to an email sent to church members.

The newspaper also points out that this decision was “years in the making” and reflects the church’s growing dissatisfaction with Scouting.

The Church of Jesus Christ of Latter-day Saints, also known as the Mormon Church, is a Christian restorationist church founded by Joseph Smith during the first half of the 19th century and headquartered in Salt Lake City, Utah. It maintains temples all over the world and boasts a membership of over 16 million adherents.