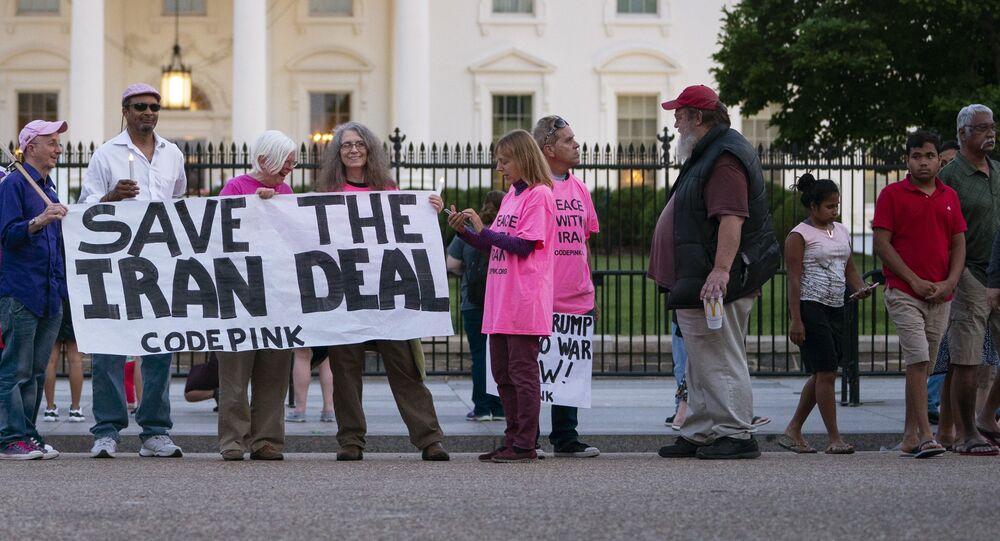 WASHINGTON (Sputnik) - A majority of Americans do not support the idea of a US withdrawal from the Joint Comprehensive Plan of Action (JCPOA), widely known as Iran nuclear deal, a new poll revealed on Tuesday.

When asked whether the United States must pull out of the nuclear agreement with Iran, 63 percent of respondents said the country should not leave the accord, a CNN poll has found.

According to the poll, 62 percent of Americans believe Iran has violated the terms of the deal, while less than 20 percent think Tehran is in compliance with the agreement.

When it comes to partisan opinion, 51 percent of Republicans back Trump's initiative.

© AFP 2021 / JOE KLAMAR
Top 5 Facts About the Iranian Nuclear Deal
President Donald Trump is set to announce his decision on the Iran deal later in the day amid rigorous debates on the future of the JCPOA and the consequences of a possible withdrawal.

The JCPOA was signed in 2015 by Iran, China, France, Germany, Russia, United Kingdom, United States and the European Union after long and intense negotiations. The deal stipulates lifting the international sanctions imposed on Iran in exchange for Tehran maintaining the peaceful nature of its nuclear program.