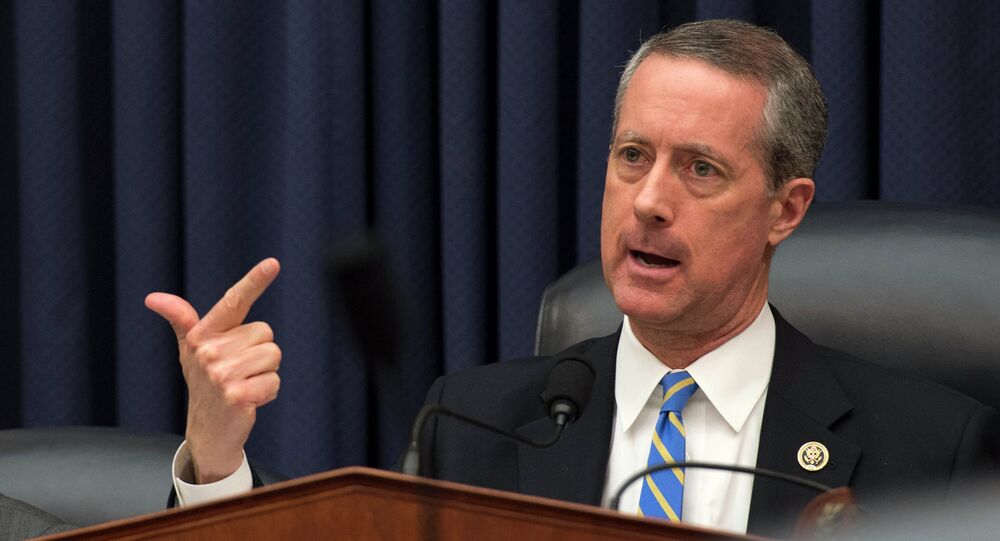 Days before the deadline when the US President is to decide on re-imposing sanctions against Iran, Texas Congressman Mac Thornberry has sided with Washington's European allies, warning about dire consequences if the 2015 accord is disrupted.

The Republican Chairman of the House Armed Services Committee Mac Thornberry counseled against Donald Trump’s possible pulling out of the Iran deal. The decision, which could lead to the reintroduction of sanctions against the Islamic Republic, is to be made by May 12.

Speaking to Fox News about it, the Texas congressman, regarded as a major GOP voice on security matters, has acknowledged that he opposed the agreement in 2015, under the Obama Administration, as the US had “lost a lot of its leverages” then.  But now he warns that walking away from the deal now would be a mistake.

“But the key question is, OK, now we are where we are. What happens next if the U.S. pulls out? Secretary Mattis talked about the inspectors that are in there. Does Iran kick those inspectors out so that we lose what visibility we have there?” he pointed out.

He pointed out at the lack of clearer vision on what comes next regarding the situation in the region.

“I'm not necessarily opposed to sticking with this deal forever, but you need to have a clearer idea about next steps if we are going to pull out, especially given the larger context of Iran's aggressive activities in the Middle East,” Thornberry told Fox News.

He has suggested at least atempting to improve the flawed deal alongside the US European allies, who have repeatedly tried to persuade Donald Trump to save the agreement. The Congressman stressed that “maybe the best thing is for the president to delay a bit more his deadline of this month and put the French and the British up to the test about whether it is possible to get this other sort of agreement.”

According to him, “it will be very important for the international community to be united to prevent that conflict;” the possibility of hostilities involving Iran and the US is greater than it's been in quite some time.

The Joint Comprehensive Plan of Action (JCPOA), signed by Iran, China, France, Germany, Russia, United Kingdom, United States, and the European Union in 2015, foresaw a gradually lifting off the international sanctions against Teheran. In exchange Iran is to maintain the peaceful nature of its nuclear program.

But throughout his presidency, Donald Trump has repeatedly slammed the agreement, signed by the Obama Administration, as the worst deal in US history and threatened to pull out of it. He is expected to announce no later than May 12 whether Washington will remain part of the agreement. The US overseas allies, the UK, France and Germany, have tried to convince the US President not to scuttle the accord.

Russia also stands for the preservation of the existing deal on the Iranian nuclear program and insists that there is no alternative to it, either.