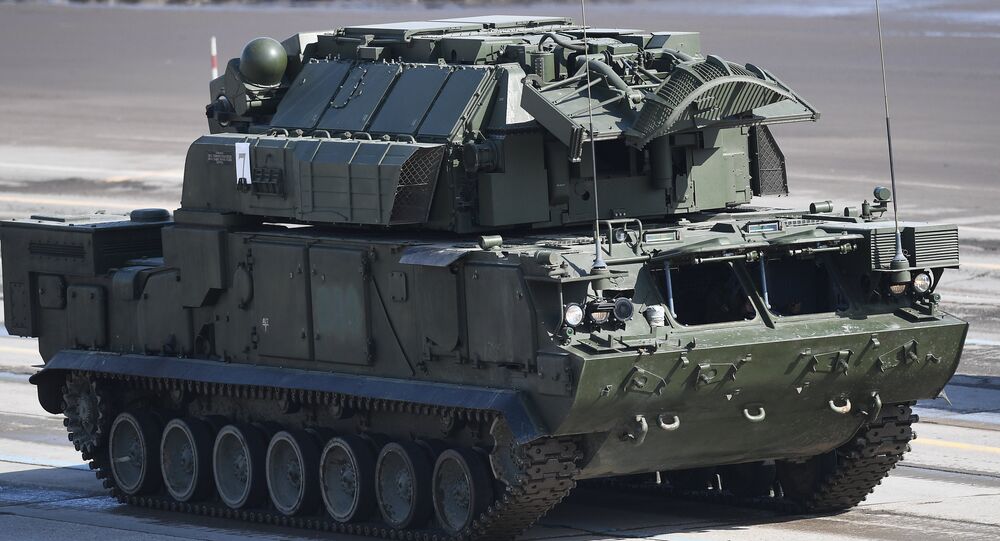 A recent global arms spending report has revealed that India and Japan have boosted military spending primarily due to tensions with China.

According to report released Wednesday by the Stockholm International Peace Research Institute (SIPRI), India's defense spending increased by 5.5 percent to $63.9 billion in 2017, surpassing that of France, giving India one of the world's top five military budgets. Last year, the US, China, Saudi Arabia and Russia were the world's top four military spenders.

"The Indian government plans to expand, modernize and enhance the operational capability of its armed forces, motivated at least partially by tensions with China and Pakistan," the report read.
According to Siemon Wezeman, a senior researcher for SIPRI, "tensions between China and many of its neighbors continue to drive the growth in military spending in Asia."

The world's top military spenders have been mostly consistent over recent years, with US and China at the top. Last year, the US spent $610 billion and China spent $228 billion, according to the SIPRI report. Beijing's military spending is 3.6 times that of India's.

China has declared its intention to increase military spending 8.1 percent this year as it attempts to modernize its People's Liberation Army.

Last year, China and India saw another military stand-off at the Doklam border in the Himalayan region. Tensions have decreased since Chinese President Xi Jinping and Indian Prime Minister

Narendra Modi met in September, but the two countries are still reinforcing their military presence at the border, according to satellite images released by the US in January.

Shashank Joshi, a senior research fellow at the London-based Royal United Services Institute, told the South China Morning Post that "clearly, India's relations with both Pakistan and China have deteriorated over the past decade, and particularly since 2016 or so. This has not had a dramatic impact on India's level of spending, but it has led to specific investments."

"One of the most important is a new mountain strike corps — India's first offensive corps directed at China rather than Pakistan — based in the east. This is being built up slowly but surely. Other investments are being made into new aircraft carriers and combat aircraft," he added.

According to Adam Ni, a researcher on China's foreign and security policy at the Australian National University, India's military spending increase is not great enough for it compete with China.

"India is doing what it can to improve its military to affect Beijing's strategic calculus in favor of India. That is, to be able to impose more cost on Beijing in case of competition or conflict," he said.

The report also noted that Japan's government is planning on increasing its defense outlays by 1.3 percent this year.

"Perceived threats from China and North Korea remain the most important factors in Japan's security strategy," the report stated.