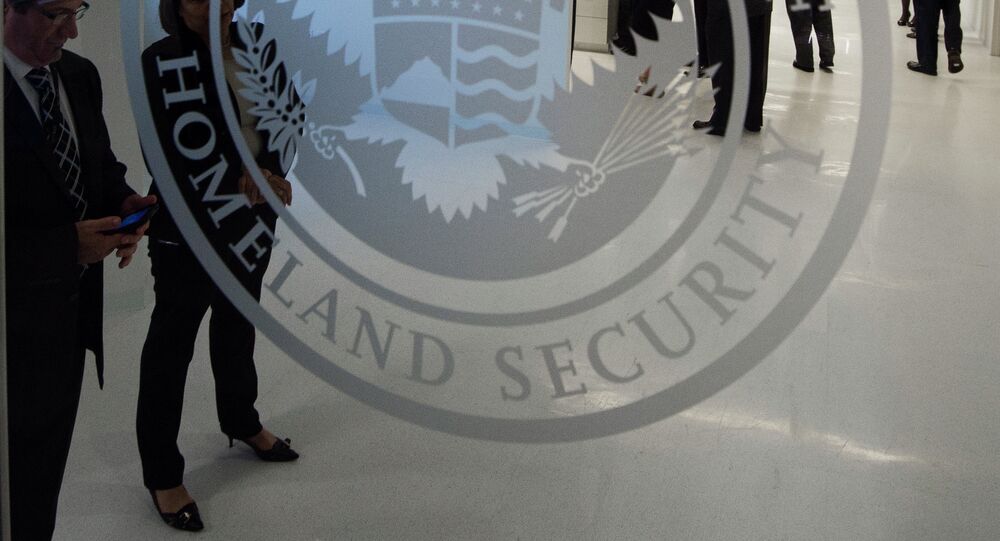 WASHINGTON (Sputnik) - The United States is terminating the temporary protected status for Honduras effective January 2020, the US Department of Homeland Security (DHS) said in a press release on Friday.

"The Secretary of Homeland Security Kirstjen M. Nielsen has determined that termination of the temporary protected status (TPS) designation for Honduras is required pursuant to the Immigration and Nationality Act," the release said. "The designation will terminate on January 5, 2020."

Thousands of people from Honduras were granted temporary protected status in 1999, a move that allowed them to remain in the United States after a devastating hurricane in their country.

The DHS said in the release it believes the conditions in Honduras have improved significantly and, therefore, immigrants can return home.

Twitter
Trump Commends Border Wall Climbers for Being ‘In Extremely Good Shape’
According to US media, the action will affect more than 50,000 Honduran citizens in the United States.

In November, the Trump administration ended the temporary protected status designation for Haiti effective in 18 months due to noticeable progress since the 2010 earthquake in that country.

Temporary protected status allows foreigners to stay in the United States if there is a natural disaster, armed conflict or other extraordinary event in their home country.