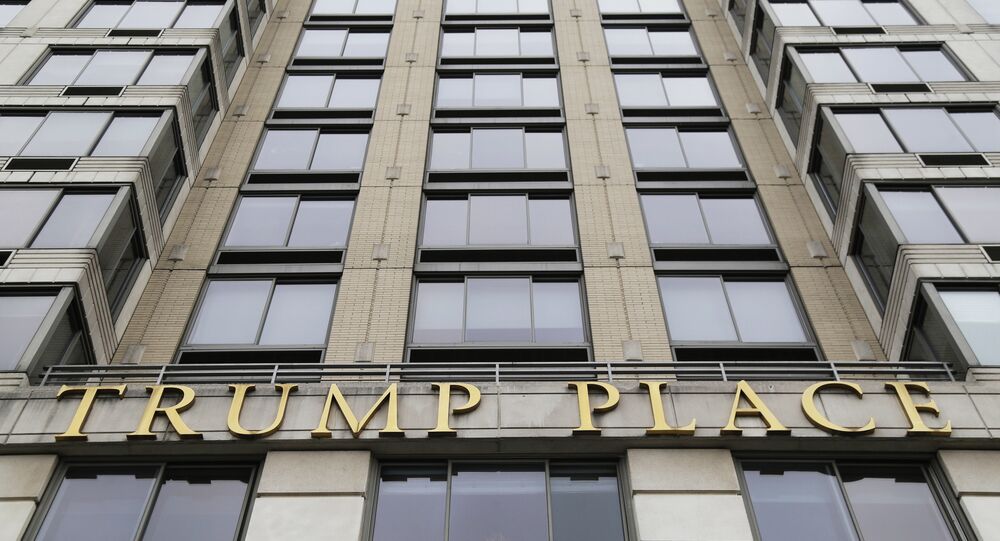 WASHINGTON (Sputnik) - A Manhattan Superior Court judge ruled in favor of Trump Place condominium board’s request that they may remove the sign "Trump Place" from the building facade, US media reported.

Judge Eileen Bransten ruled in favor of the 377 condominium owners, providing them with the opportunity to vote on whether to keep or remove the giant bronze letter signage from the 46-store building on Manhattan’s West Side, the New York Times reported.

US President Donald Trump never owned the property, but signed an agreement in 2000 providing the residential complex his brand in exchange for $1, the report explained.

© AP Photo / Delara Shakib
Naked Trump Statue Goes Under Hammer, Fetching $28,000 at Auction (PHOTOS)
On Thursday, Trump’s lawyers said it was not simply dollar, but the assurance that the building will be named for Trump in perpetuity, the reported said.

Bransten said the court refuses to accept the defendant’s assertion that the parties are required to continue the use of the identification "Trump Place" in perpetuity, the report said.

However, Bransten pointed out Trump can sue the board if it scraps the affiliation with a majority of the residents approving such a change, the report said.

Three of six buildings in the same residential complex have removed the name Trump after the 2016 US presidential election, some citing security concerns, according to the report.