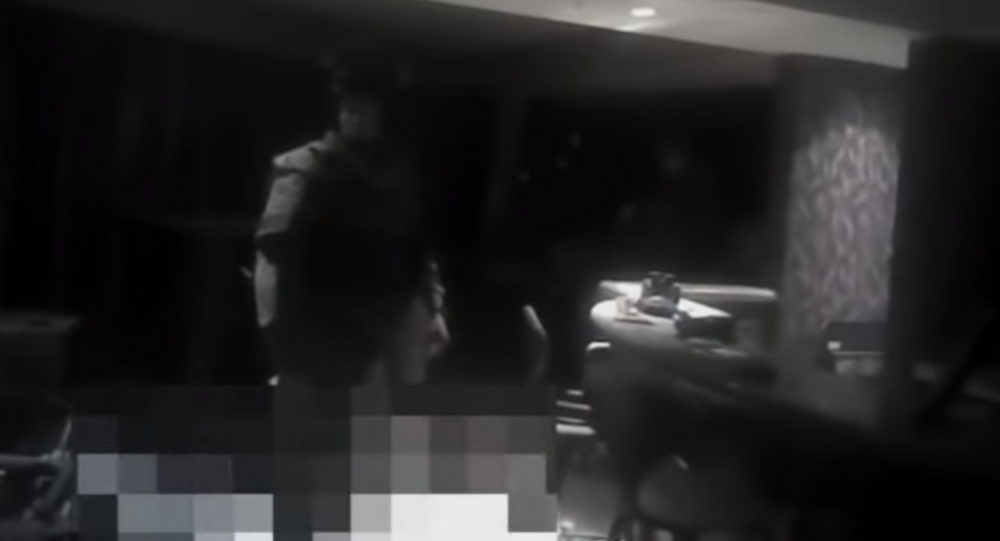 The latest drop, which consists of eight clips, is part of many others that will be made available to the public over the next several months in compliance with a court order, according to the Las Vegas Review-Journal.

​The released videos were recorded by two officers: Sgt. Joshua Bitsko and Officer David Newton, who helped to clear Paddock's room on the 32nd floor of the Vegas hotel. The recordings show officers sweeping the area moments before entering the hotel room.

​After entering the first door, officers clear the room in which Paddock's lifeless body is seen lying. Officers later proceeded to clear the second room that Paddock rented out after blasting through the room's connecting door.

Aside from footage of Paddock's room, recordings show officers clearing rooms held by other guests in the hotel as well as nearby stairways and halls.

During a Tuesday press conference, Clark County Sheriff Joe Lombardo revealed that he believes the next batch might be released sometime in the next two weeks. He also warned that the footage could be traumatizing for survivors and family members.

"I don't know how this footage will be played in the media, but I want to warn you: if you are a survivor or a family who lost a loved one, you should know the video from this concert is disturbing and graphic," Lombardo said.

The sheriff did not indicate whether or not the next batch of material would be released on the department's website.

Paddock, who died of a self-inflicted shot to the head, used an AR-15 assault rifle to target and kill 58 people attending a music festival being held on the Las Vegas Strip below his hotel room. Several hundred others were injured during the incident, the deadliest mass shooting in modern US history.