WASHINGTON (Sputnik) - Israeli Prime Minister Benjamin Netanyahu claimed to unveil new intelligence on Iran’s nuclear program, but only produced "pathetic theatrics" that will have no impact on the US decision whether to scrap the 2015 nuclear agreement with Tehran, former CIA analyst Melvin Goodman told Sputnik.

On Monday, Netanyahu said during an internationally-televised address that Israeli intelligence has 100,000 files proving that Iran continued to maintain a secret nuclear program.

However, "Bibi [Netanyahu] ’s pathetic theatrics will have no impact" on US President Donald Trump’s decision, Goodman, who was a CIA analyst for 24 years and is now director of the National Security Project at the Center for International Policy, said on Monday.

Trump has said that over the coming week, he will decide whether to remain in or pull the United States out of the 2015 nuclear agreement, officially known as the Joint Comprehensive Plan of Action (JCPOA), under which Iran agreed to end its nuclear development program in exchange for sanctions relief.

"Trump has already made up his mind — such as it is — and we’ll know the answer next week," Goodman said. 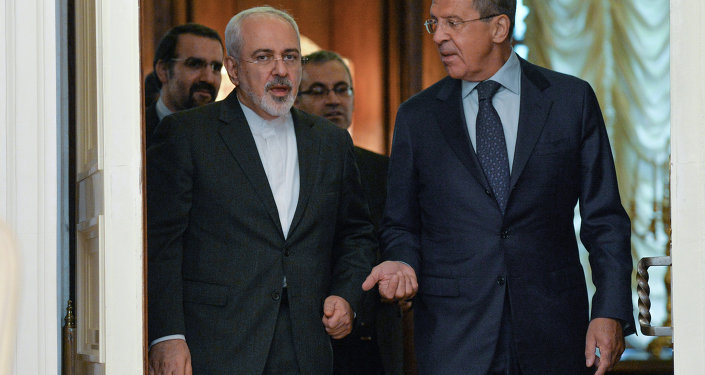 © Sputnik / Vladimir Astapkovich
'Only Russia Can Speak With Trust of Both Iran, Israel' – Ex-Security Aide
The JCPOA is an agreement on Tehran’s nuclear program that was reached in Vienna on July 14, 2015 between Iran and the so-called group of P5+1 — five permanent members of the UN Security Council — the United States, Russia, China, France and the United Kingdom plus Germany — and the European Union.

Trump has repeatedly criticized the nuclear agreement — negotiated and supported throughout by the Obama administration — during his 2016 election campaign and after he assumed office.