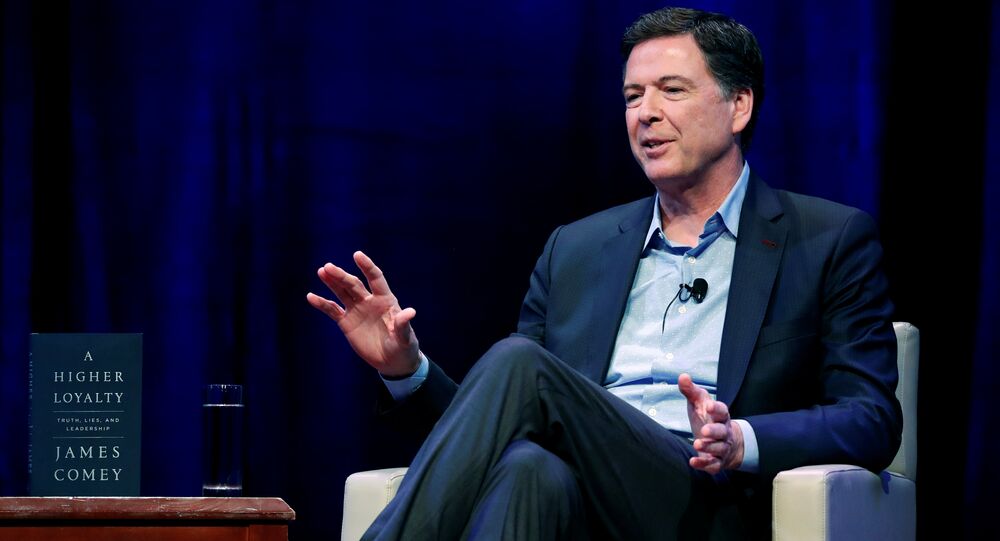 A former head of the Federal Bureau of Investigation moved to address criticism coming from the president of the United States, claiming that he did not leak classified materials while in office.

James Comey has declared that contrary to the accusations made against him by Donald Trump, he never leaked classified materials during his tenure as FBI director.

"I never leaked in office," Comey said during an interview with Axios on Monday.

Comey also added that his definition of a "leak" is the "disclosure of protected information," and urged people to treat leaks and media coverage of Robert Mueller’s investigation into alleged Russian collusion with skepticism.

"Nothing is coming from the people who know what they're talking about," he remarked.

James Comey is a proven LEAKER & LIAR. Virtually everyone in Washington thought he should be fired for the terrible job he did-until he was, in fact, fired. He leaked CLASSIFIED information, for which he should be prosecuted. He lied to Congress under OATH. He is a weak and…..

….untruthful slime ball who was, as time has proven, a terrible Director of the FBI. His handling of the Crooked Hillary Clinton case, and the events surrounding it, will go down as one of the worst “botch jobs” of history. It was my great honor to fire James Comey!

Trump’s accusations came following the release of excerpts from Comey’s new memoir titled "A Higher Loyalty: Truth, Lies, and Leadership" which paints an unflattering image of the Trump administration.