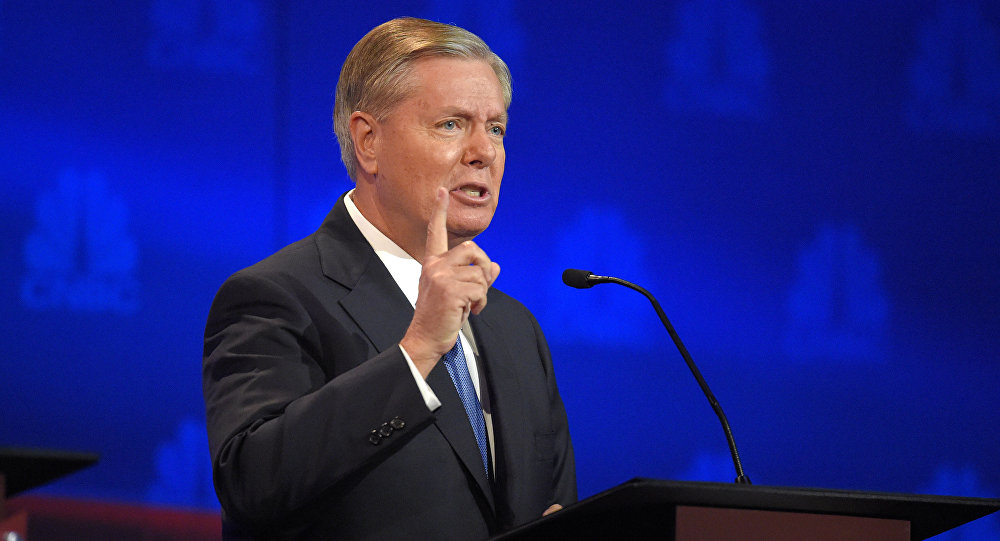 US Presient Donald Trump would win a Nobel Peace Prize if he solves a North Korean crisis, the Republican Senator Lindsey Graham said in an interview.

Trump would be worthy of a Nobel Prize if the US President achieve a denuclearization of the Korean Peninsula, the senator said in an interview to Fox News.

"We're not there yet, but if this happens, President Trump deserves the Nobel Peace Prize," Graham said.

© REUTERS / Mike Blake
US Troop Removal From Korean Peninsula Up for Discussion in Talks With Allies, N Korea - Mattis
The senator commented on the recent summit of the leaders of two Koreas, calling it "the biggest change since the end of the hostilities," and said that "It wouldn’t have happened without Trump."

According to the senator, the recent developments were made possible because "Donald Trump convinced North Korea and China he was serious about bringing about change.”

However, he also warned that North Korean leader might not follow through his promise to officially end the Korean War and work toward peace.

“A word of warning: The worst thing Kim could do is play Trump — to go through all these motions and to go back to the old way of doing business — Donald Trump will not tolerate being played,” he said.

Trump is set to meet the North Korean leader in the coming weeks, but the location and the exact schedules are still being discussed.