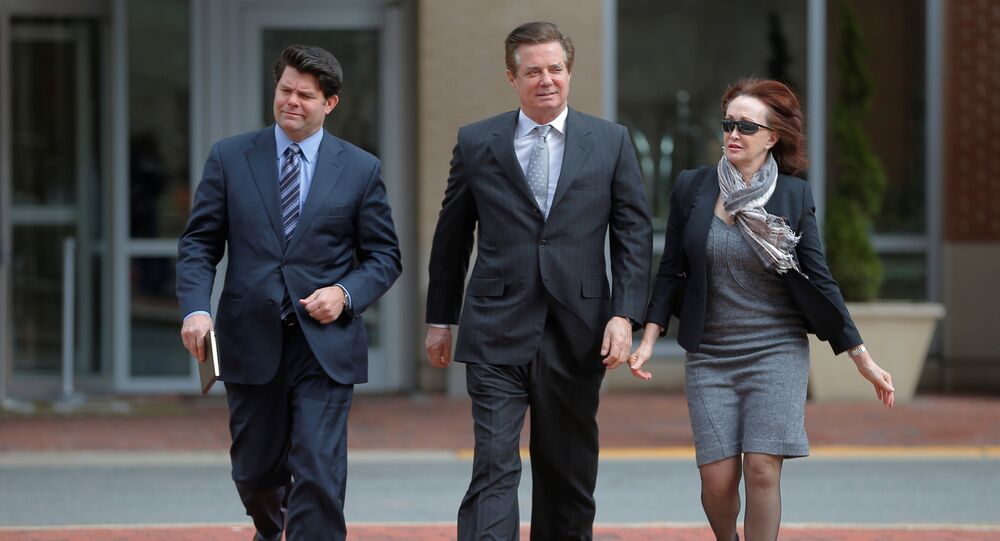 WASHINGTON (Sputnik) - Judge Amy Berman Jackson in the US District Court for the District of Columbia has thrown out a civil lawsuit by President Donald Trump's former campaign chairman Paul Manafort challenging the authority of Special Counsel Robert Mueller to charge him in two criminal cases, a newly released court document showed on Friday.

"Manafort's civil case will be dismissed, and his concerns regarding the Special Counsel's investigation will be taken up in the criminal case," the document said.

Manafort's civil lawsuit argued that the Department of Justice, particularly Mueller and Deputy Attorney General Rod Rosenstein, overstepped its authority because the criminal charges were not directly related to the 2016 election or allegations of Russian interference.

Mueller has charged Manafort with conspiracy, money-laundering, and acting as an unregistered foreign agent for the Ukrainian government, among other charges. The charges were filed as part of Mueller's investigation into allegations of Russian meddling in the 2016 US election and possible collusion between Moscow and President Donald Trump's campaign team.

Russian officials have repeatedly denied allegations of interference, calling the accusations "absurd." Trump has also denied any collusion between himself and the Kremlin and has called Mueller's investigation a "witch hunt."