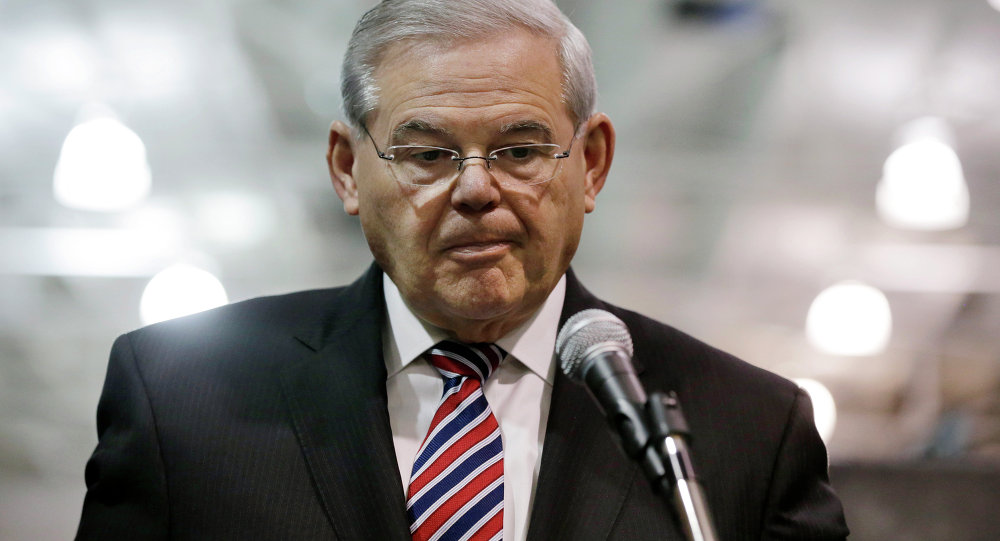 WASHINGTON (Sputnik) - US Senator Robert Menendez acted inappropriately in not disclosing gifts he received over a six year period from his longtime friend Dr. Salomon Melgin, the Senate Select Committee on Ethics said in a letter to Menendez.

"The Committee has found that… you knowingly and repeatedly accepted gifts of significant value from Dr. Melgin without obtaining required Committee approval and that you failed to publicly disclose certain gifts as required by Senate rule and federal law," the letter said on Thursday.

© AP Photo / Mel Evans
DoJ: US Plans to Retry Senator Menendez Over Corruption Allegations
Melgin was sentenced to 17 years in prison earlier this year after being convicted for stealing $100 million from Medicare. Menendez, is a leading Democratic senator on foreign policy issues has said his campaign has given away $19,700 in donations it received from Melgin.

The Ethics Committee, with three Democratic senators and three Republican ones told Menendez to pay for all the remaining improper gifts from Melgin that he had not already been reimbursed.

A bribery case against both Menendez and Melgin was dropped in January 2018 and a federal bribery and corruption trial against Menendez ended in a deadlocked jury last fall. However, the Department of Justice has said it intends to retry the case.

Trial of Democratic Senator Robert Menendez Could Recalibrate US Senate