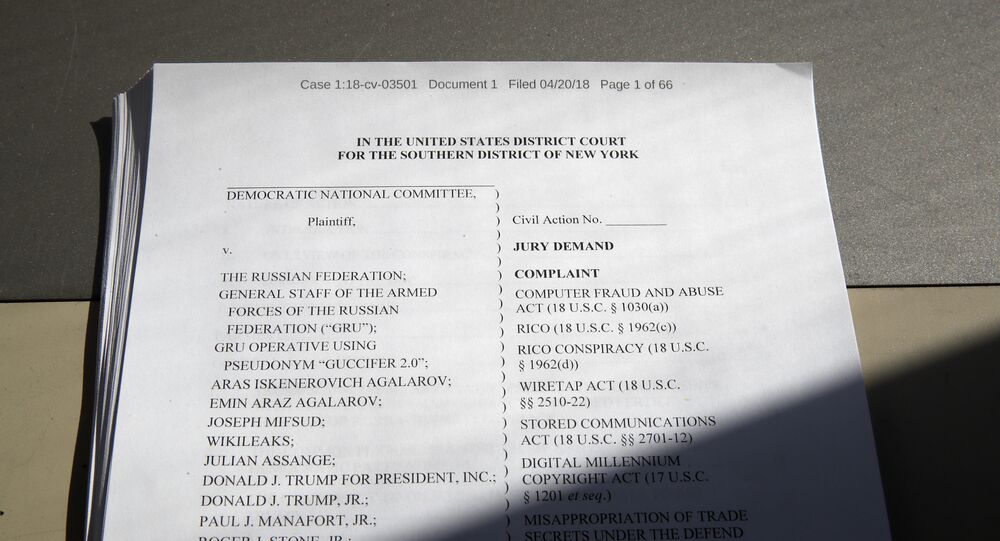 WASHINGTON (Sputnik) - The US District Court for the Southern District of New York has issued summons' to 14 groups and individuals notifying them of the lawsuit filed by the Democratic National Committee (DNC) over alleged Russian interference and collusion with the Trump campaign in the 2016 election, court documents said on Wednesday.

"Within 21 days after service of this summons on you (not counting the day you received it) — or 60 days if you are the United States or a United States agency, or an officer or employee of the United States… you must serve on the plaintiff an answer to the attached complaint," the documents said.

The summons were issued to President Donald Trump's campaign headquarters, Russian businessmen Araz Agalarov and Emin Agalarov, WikiLeaks founder Julian Assange, and the main intelligence directorate of the General Staff of the Russian Armed Forces (referred to as "GRU" in the court documents) and Trump's son-in-law and adviser Jared Kushner, among others.

© Sputnik / Kmccoy / wikipedia.org
US Senate Intel Panel Releases Recommendations Regarding 2016 Russian Meddling
In February, the US Justice Department revealed in court documents that the United States accused 13 Russian nationals and three entities of trying to interfere in the 2016 presidential vote. The 27-page indictment, a product of Special Counsel Robert Mueller’s probe, alleged that those accused used fake personas to try to influence the outcome of the elections in US President Donald Trump’s favor.