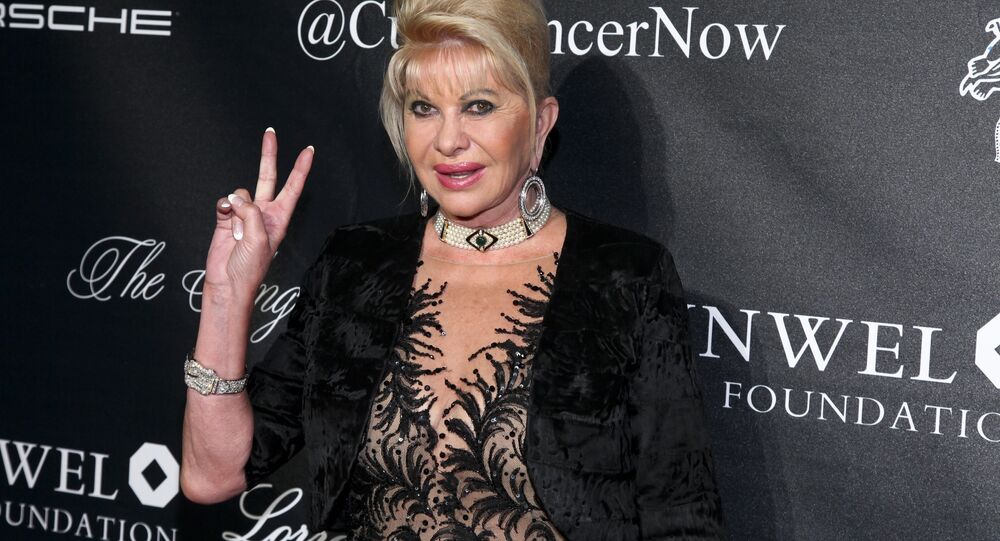 Comments by US President Donald Trump’s ex wife Ivana that he shouldn’t run again in the next round of elections in 2020 were met with mixed response in social media.

Ivana Trump, 69, told Page Six in an interview on Saturday that she believes her former husband shouldn't run for reelection.

"I don't think it's necessary", she said, adding that the President is getting older and already has everything he could possibly wish for, so he should just quit politics and enjoy his fortune and playing golf like he always has.

The comments were met with mixed reaction on Twitter. Some users agreed that Trump should really give it a rest.

Please tell home we all would appreciate that also.

​Others said Ivana should better focus on herself and talk less.

Reminder that this is the mother of two trophy-hunting grifter sons and a daughter whose fashion line is made by sweatshop 'employees'.

Why is anyone listening to her? 🙄

Renowned thinker and savant that she is…..

Who cares what she thinks really… pic.twitter.com/bC9GA1TsbB

​​​According to the President's first wife, Trump probably wasn't expecting how much work was involved in being president.

"I think he probably [misses] a little bit of freedom… It's so [much] information — you have to know the whole world", Ivana explained.

You have to know the WHOLE world?? Omg, really??

​Ivana, who divorced Trump in 1992 over an affair, also said she "feels bad" for Trump's current wife, Melania, over rumors that adult films star Stormy Daniels had a sexual intercourse with Trump during his marriage.