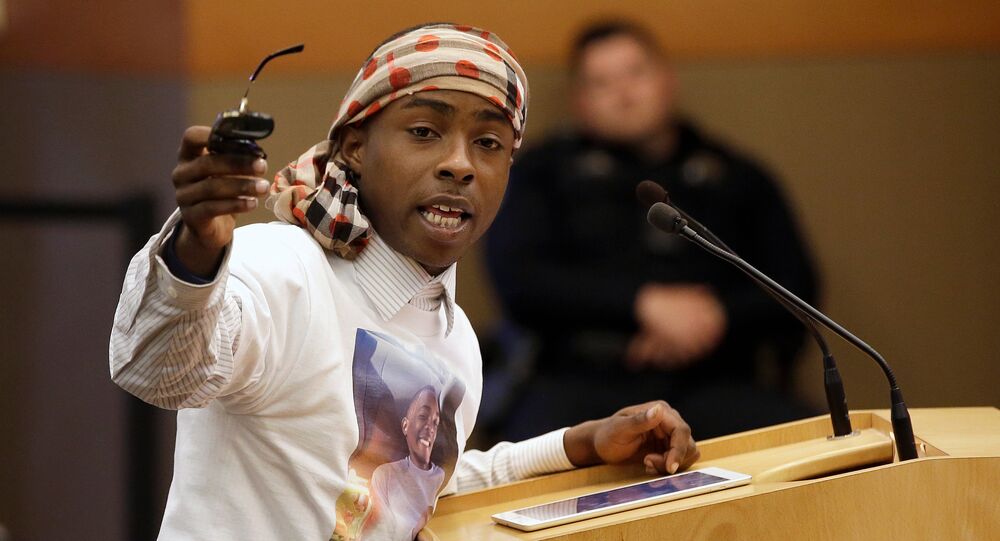 Ste'Vante Clark, brother of Stephon Clark, was arrested Thursday by the Sacramento Police Department for allegedly threatening to commit a crime and telephoning 911 with intent to annoy or harass.

Online records show Clark, who is being held at the Sacramento County Jail, is also being accused of assault with a deadly weapon or instrument and vandalism. Though police logs show a $1 million bail amount, it states that he is ineligible for bail.

It's unclear why Clark is ineligible for release on bail.

Clark became a leading figure in protests taking place across Sacramento after his brother was shot multiple times and killed by Sacramento cops in his grandparents' backyard on March 18. He made headline news after interrupting a Sacramento City Council meeting in late March by climbing atop the dais to confront Mayor Darrell Steinberg.

​After the incident, Clark apologized and stated that Steinberg "worked his behind off for [his position]."

"Don't nobody deserve to come in there and disrespect his house," Clark told local station ABC 10. "I disrespected his house."