US President Donald Trump's campaign team responded to a DNC lawsuit against the Trump campaign, WikiLeaks and the Russian government on Friday afternoon, stating that the legal maneuver is "a last-ditch effort to substantiate baseless Russian collusion allegations by a nearly-bankrupt Democratic Party."

"This is a sham lawsuit about a bogus Russian collusion claim filed by a desperate, dysfunctional, and nearly insolvent Democratic Party," Brad Parscale said Friday. Parscale is campaign manager for Donald J. Trump for President, Inc., the legal entity for Trump's 2020 election run. 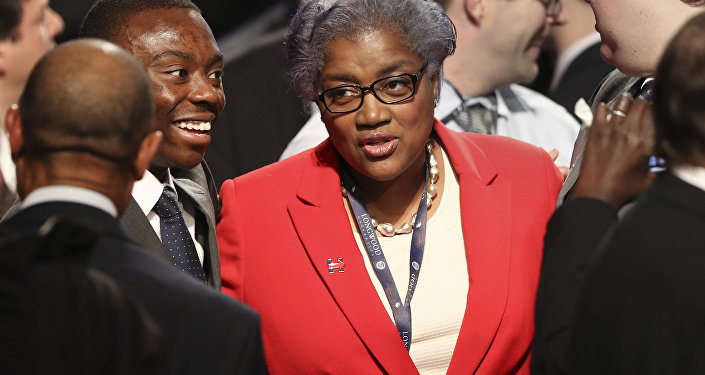 On Friday morning, the Democratic National Committee (DNC) sued Donald Trump Jr., Roger Stone, Jared Kushner, the Russian military intelligence service and other individuals and organizations, alleging that the defendants violated civil law by conspiring to disrupt the 2016 presidential election campaign. The Democrats are seeking millions of dollars in compensation, along with an admission by defendants that they conspired to infiltrate the DNC's private servers.

The filing does not name Trump himself as a defendant, but it does allege that the president's "personal professional and financial ties" to Russia going back to Soviet days helped foster the conspiracy. Instead, the lawsuit focuses on the president's aides, and accuses the campaign of engaging in a conspiracy through its interaction with Russian agents and through publicly encouraging hacking.

The lawsuit also targets WikiLeaks and its founder Julian Assange. Attorneys from Cohen Milstein filed the complaint in New York's Southern District Court in Manhattan on behalf of the DNC.

The Democrats have the story backwards, according to the Trump campaign statement.

"There is a great deal the American public wants to know about the corruption of the Democrats, their collusion to influence the 2016 presidential election, and their role in prompting a scam investigation of the Trump Campaign … If the case goes forward, the DNC has created an opportunity for us to take aggressive discovery into their claims of 'damages' and uncover their acts of corruption for the American people," Trump's campaign manager said.

The Trump campaign vowed to "leverage the discovery process" to discover what they say are the Democrats' "now-secret record about the actual corruption they perpetrated." Notably, the campaign promises to explore "how the DNC conspired to hand Hillary Clinton the nomination over Bernie Sanders."