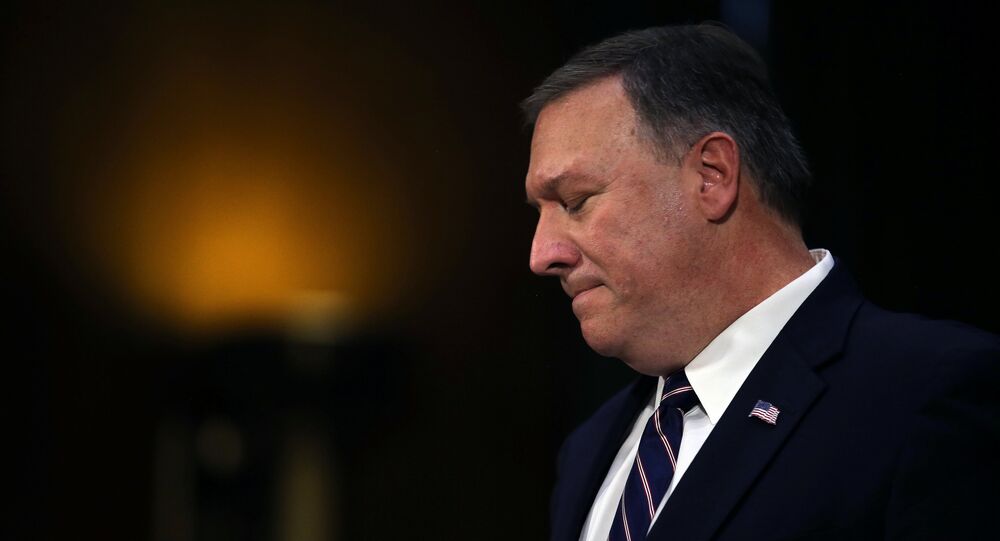 "No," Nauert responded when asked if anyone from the State Department accompanied Pompeo on his visit to North Korea.

Pompeo, who is a nominee for Secretary of State, visited North Korea early this month in order to lay the groundwork for the upcoming summit between President Donald Trump and the North Korean leader.

© AP Photo / Andrew Harnik
Expert Explains What Pompeo's Visit to DPRK Really Means for Region
Trump and Kim are expected to meet in later May or early June, but there is still no word on where the meeting will take place. Five locations are being considered, none of which is in the United States.

On Wednesday, Trump said he hopes his upcoming meeting with Kim will be a success for the entire world, but if the meeting is not fruitful, he will respectfully leave and maintain the current measures against Pyongyang.

US Exceptional, Russia Is Not? Pompeo Is in for Some Major Shocks - Twitterians