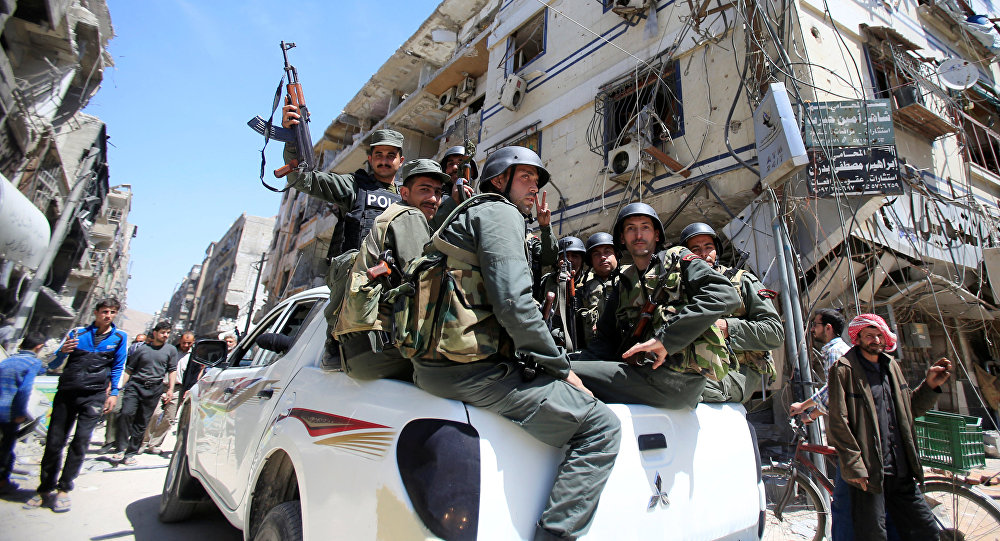 The US Department of State said Thursday that the Organization for the Prohibition of Chemical Weapons (OPCW) has been prevented from accessing the site in Douma, Syria, where a chemical attack is alleged to have taken place earlier in April.

According to State Department spokeswoman Heather Nauert, the Russian and Syrian governments are to blame for this development.

"We have credible information and evidence to suggest that Russia is working with the Syrian government to deny and delay access to the chemical attack site," Nauert told reporters Thursday. Nauert provided no specifics on what kind of information or evidence the US has.

"We believe it gives them additional time to clean up and sanitize those sites," she said.

The alleged chemical attack in Douma occurred on April 7 and reportedly killed dozens. The countries making this allegation — the US, United Kingdom and France — have been less willing to say what type of chemical weapon was deployed and how they know Syrian President Bashar al-Assad should be held accountable for the use of that weapon.

Chlorine and sarin have been discussed as two possible agents, but the US "provided zero real evidence" to lawmakers on Thursday linking casualties in Douma with either such weapon or any party responsible for using them.

© REUTERS / Yuri Gripas
Pentagon Does Not Have Evidence of Chlorine, Sarin Use in Syria’s Douma - Mattis

Moscow and Damascus maintain that the Douma incident was a false flag provocation serving as a pretext for Western military action in Syria. US journalist Pearson Sharp traveled to Douma this week to investigate claims of chemical weapons use.

"I went up to random people. I know there's a lot of concern from people that the residents being interviewed are plants — they're Russian operatives or they're staged interviews or things like that. We just randomly went up to different people — nobody came up to us — and interviewed probably 30 to 40 people. Consistently, not one person in the town said they heard anything about an attack," Sharp said.