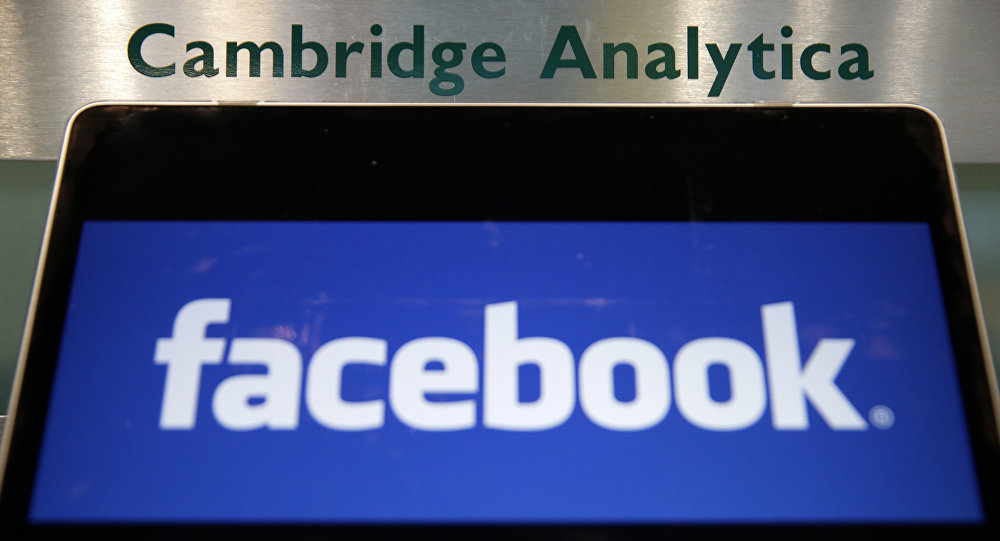 On Tuesday, a former director at Cambridge Analytica consultancy firm submitted her evidence to the British government’s inquiry into the Facebook data mining scandal that likely compromised far more than 87 million users’ data.

This information comes in the wake of the social media site's recent admission that it collects the personal data even of people without accounts.

Technologist Chris Garrafa told Radio Sputnik's By Any Means Necessary Tuesday that the latest developments reveal that the scandal is Facebook's "business model" rather than just "one bad incident."

"During the testimony, Facebook was trying to say that the Cambridge Analytica situation was this one-off incident from one developer who had a shady business deal. The new revelations tell us that this is a business model and not just one bad incident," Garrafa told hosts Eugene Puryear and Sean Blackmon.

Last week, Facebook founder and CEO Mark Zuckerberg testified before Congress about a data breach in which Cambridge Analytica obtained the social network users' private info, which was then used to predict and influence the behavior of US voters in the 2016 elections. The company reportedly received information about users through a personality app developed by Alexander Kogan, a Cambridge University researcher.

On Tuesday, former Cambridge Analytica employee Brittany Kaiser told the British Parliament in a statement that her previous employer had used multiple "Facebook-connected questionnaires" to collect data from its users. She noted that a "sex compass" quiz was used to "find out what your personal preferences were privately," the Verge reported. In addition, she was also aware of another such quiz on "your music personality."

"Brittany Kaiser said there were many apps used to gather data, which means that millions more people could have had their information leaked by Cambridge Analytica and Facebook," Garrafa told Radio Sputnik.

The data scandal has affected at least 87 million Facebook users. However, Kaiser's revelations suggest many more people may have had their personal data compromised.

In a Monday blog post, David Baser, Facebook's production management director, admitted that Facebook tracks users' and non-users' information. But, don't worry, that's okay, he claims, because everyone else is doing it, too.

"Twitter, Pinterest and LinkedIn all have similar Like and Share buttons to help people share things on their services," Baser wrote. "Google has a popular analytics service. And Amazon, Google and Twitter all offer login features. These companies — and many others — also offer advertising services. In fact, most websites and apps send the same information to multiple companies each time you visit them."

"We also use the information we receive from websites and apps to help protect the security of Facebook," he added.

© AFP 2019 / Daniel LEAL-OLIVAS
Facebook: 'If a Service is Free, You Are Not the Consumer, You are the Product' - Hacker

However, according to Garrafa, Facebook is just making excuses for collecting people's data.

"There are many ways to do security without tracking every single step someone is making. There is no way to opt out of this stuff. They're going to collect info on you whether you like it or not," Garrafa told Radio Sputnik.

"Sure, Facebook isn't selling our data, but it sells patterns and aggregate information and identities not tied to a specific person. They're in the business of data and selling information to advertisers and political campaigns," Garrafa noted.

"Facebook is a utility, a public square. It is a market place. It should be controlled, it should be publicly owned and completely transparent, there's no reason for these companies to be opaque and exploit us," Garrafa added.