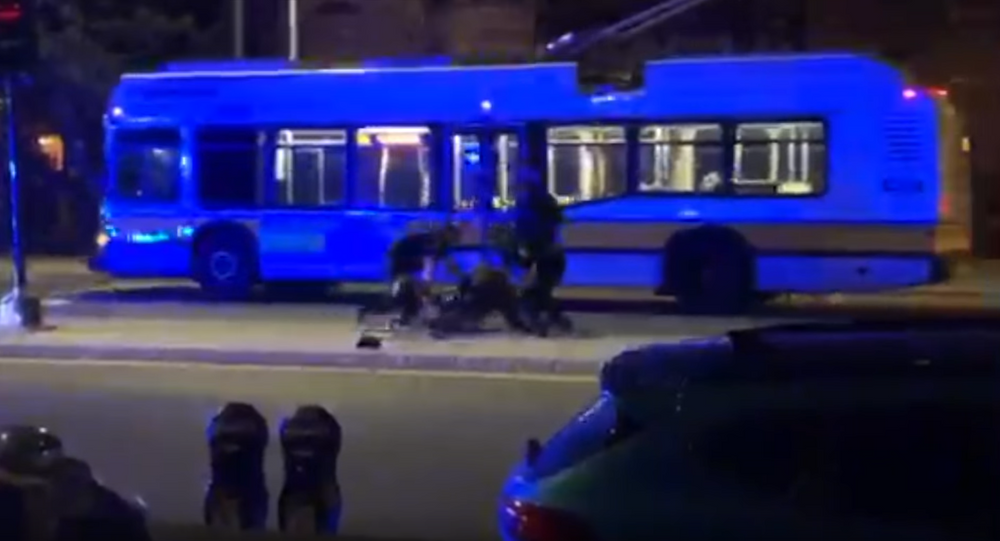 Cambridge, Massachusetts, police are reviewing the charges lodged against a 21-year-old black Harvard student who was violently arrested last week after calls were made saying he was behaving aggressively.

On Friday, officers in Cambridge tackled and punched 21-year-old Selorm Ohene before arresting him. They had received multiple calls that he was behaving in an "aggressive, unreceptive and intimidating" manner, and Ohene was ultimately charged with indecent exposure, resisting arrest and assaulting an EMT worker. However, Cambridge police are now reevaluating those charges.

Cambridge Police Commissioner Branville Bard told reporters on Monday that if Ohene's actions are found to be linked to mental health issues, it is possible the charges against him will be dropped completely.

"This department is going through great strides to ensure it is a socially just agency… We recognize there are individuals… who are better served by means other than the criminal justice system. So the individual is currently being evaluated to see if they fit that set of circumstances," Bard said, WBUR News reported.

Ohene, who is currently in a hospital, is still in police custody.

According to the police report, when police tried to get Ohene to cooperate, he became more aggressive. When he refused to be handcuffed, an officer "delivered approximately five strikes with a closed fist to the area of his stomach. These seemed ineffective." Ohene was eventually handcuffed and placed in an ambulance, where he allegedly spat blood and saliva at the emergency medical technicians. According to some of his friends, Ohene may have taken LSD or another hallucinogenic drug before his encounter with officials.

An arraignment has not yet been scheduled for Ohene as the police department assesses his mental health and conducts an internal review of his arrest, Bard noted.

"I absolutely do support the officers. I mean, the officers took the actions that they felt necessary at that time. But, once again, I am making no determinations prior to completing a thorough investigation, Bard said.

The altercation between Ohene and officials were caught on video and has been met with criticism from Harvard's Black Law Students Association.

"The conduct of the Cambridge Police Department on the evening of April 13, 2018, was unacceptable," a recent statement by the organization reads.

"We are reminded, as soon-to-be-graduates of an elite law school, that we cannot protect our bodies with our degrees — and that is why we also call our current students and alumni to embrace these demands as inclusive to all Black people, not just Harvardians."

"One of the reasons that we righteously get upset is that officers, once they get to the scene and immediately, before even understanding what's going on around them, they see a black body and they immediately attack. And from what I've seen in this particular case, it didn't happen that way," said Segun Idowu, a police accountability advocate in Boston who noted that it is yet unclear whether the police's use of force was necessary in this case.

"Body cameras would not have prevented what we saw happen in Cambridge on Friday night," Idowu added. "The only thing body cameras would have done is provide a much clearer understanding of what happened and maybe would address a lot of questions that we and the public have about what happened."

In a Sunday statement, Cambridge Mayor Marc McGovern promised to continue working with colleagues to prevent the "horrific treatment of black Americans at the hands of law enforcement."