No Final Decision on US Response to Syria, Still Assessing Intel - White House

WASHINGTON (Sputnik) - President Donald Trump has not yet made a decision on how to respond to the alleged chemical attack against civilians in Syria and is still looking at the intelligence information, White House spokesperson Sarah Huckabee Sanders said in a statement on Thursday.

"President Trump just finished a meeting with his National Security team to discuss the situation in Syria. No final decision has been made. We are continuing to asses [sic] intelligence and are engaged in conversations with our partners and allies," Sanders said on Thursday.

Earlier in the day, Trump tweeted that he never said when an attack on Syria would take place in response to the alleged chemical attack, and an attack could be soon or not soon at all. 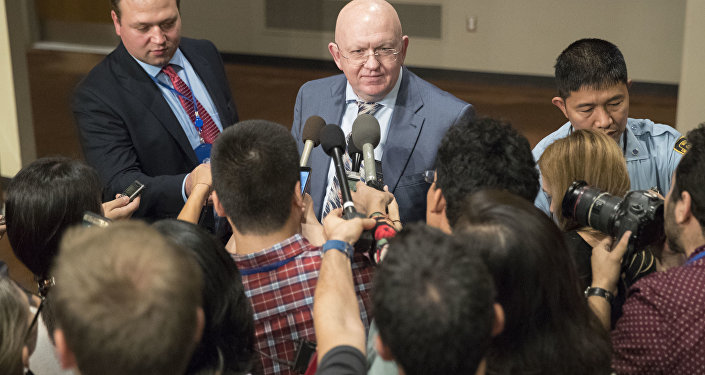 © AP Photo / Mary Altaffer
Russian Envoy to UN Says Immediate Priority in Syria to 'Avert Danger of War'
The tweet was markedly different from another message Trump issued via Twitter a day before in which he said Russia should get ready for new and "smart" missiles that will be coming to Syria. The US president also criticized Russia for partnering with a "gas killing animal," referring to Syrian President Bashar Assad.

On Saturday, several Syrian opposition online news portals reported — citing militants — that the Syrian government forces used chlorine in the city of Duma and killed up to 70 people.

The Syrian government denied that it used chemical weapons, saying the alleged attack was staged by the terror group Jaish al-Islam to serve as pretext for possible external intervention in Syria.

The Russian Reconciliation Center for Syria on Sunday categorically refuted the reports of a chemical weapons attack in Duma. The Center's representatives visited the place of the alleged attack and questioned local doctors, who said that they had not received individuals with symptoms of chemical poisoning.