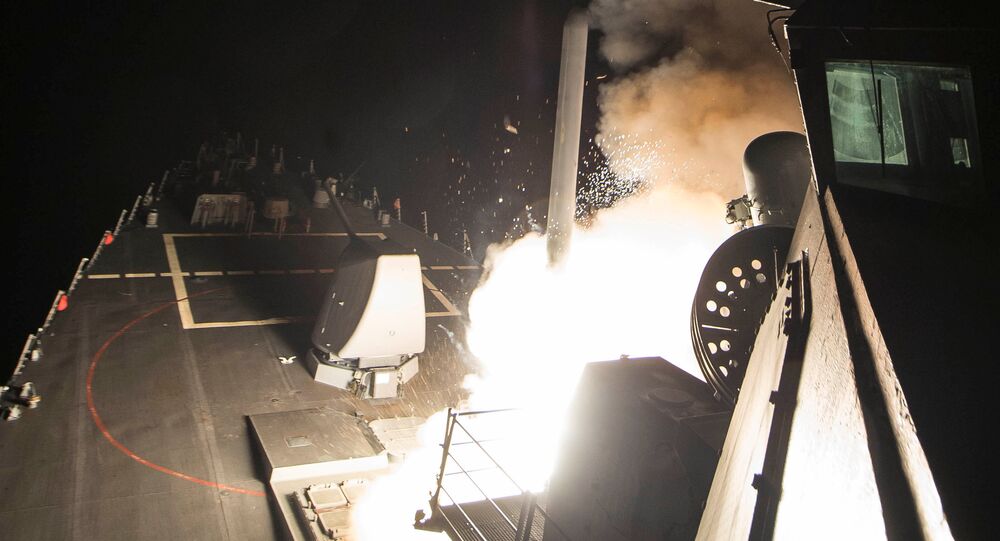 With US President Donald Trump meeting with officials to discuss the US response to the alleged Syrian government chemical attack in Douma, one source tells CNBC that there are eight possible targets that the US is eyeing.

According to the report, the US might be considering using some "nice and new" missiles on eight targets which may include two Syrian airfields, a research center and a chemical weapons facility.

Though it's still unclear how the US will proceed, Trump is expected to meet with Defense Secretary James Mattis and General Joseph Dunford, chairman of the Joints Chiefs of Staff, on Thursday to decide the next move.

The report follows Trump's Wednesday warning to Russia and Syria to "get ready" for a missile strike.

​As the US brainstorms it's next steps, British Prime Minister Theresa May and her top-level advisers agreed Thursday "on the need to take action to alleviate humanitarian distress and to deter the further use of chemical weapons by the Assad regime."

"Following a discussion in which every member present made a contribution, cabinet agreed it was vital that the use of chemical weapons did not go unchallenged," a statement released from Downing Street added.

The UK ordered the British Royal Navy to move its submarines within missile range of Syria on Wednesday.