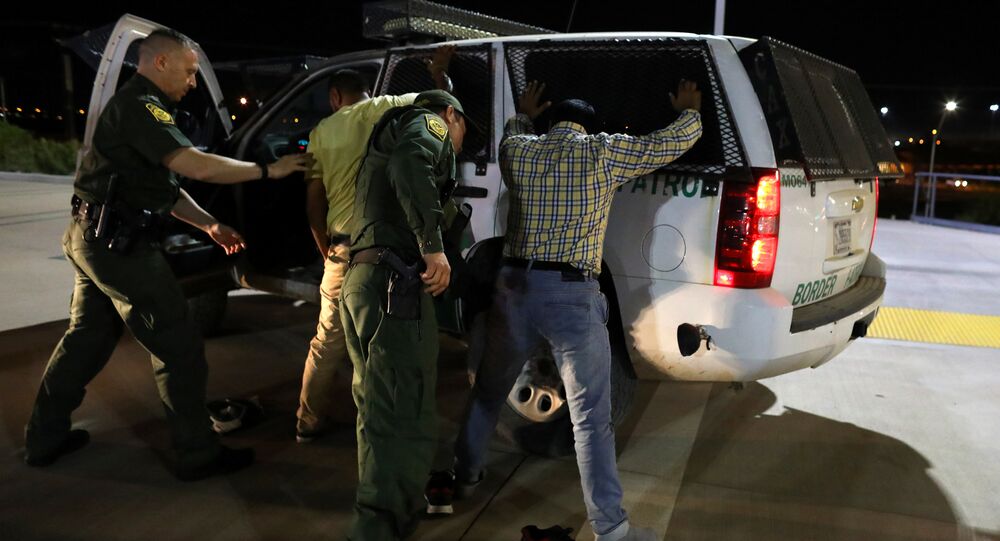 WASHINGTON (Sputnik) - The US State of California will add 400 National Guard troops to counter drugs proliferation and transnational crime, but not to enforce immigration laws, Governor Jerry Brown said in a letter to US Homeland Security Secretary Kirstjen Nielsen and Defense Secretary James Mattis.

"Pursuant to your request, the California National Guard will accept federal funding to add approximately 400 Guard members statewide to supplement the staffing of its ongoing program to combat transnational crime," Brown said on Wednesday. "Your funding for new staffing will allow the Guard to do what it does best: support operations targeting transnational criminal gangs, human traffickers and illegal firearm and drug smugglers along the border, the coast and throughout the state."

Brown emphasized that the National Guard troops will not carry out any immigration enforcement work, and will continue to deal with criminal gangs and traffickers.

© Flickr / ukhomeoffice
US Opioid Crisis: Senators Seek $25 Bln More to Combat Drugs' Epidemic
Brown noted that currently there are 250 personnel statewide with 55 at the California portion of the US border with Mexico.

The governor pointed out that the flow of immigrants into California is not huge, and last year’s apprehensions were the lowest in 50 years.

President Donald Trump last week ordered the deployment of National Guard troops to the border with Mexico to counter what he says is an influx of illegal immigration and criminal activities.

Mexican President Enrique Pena Nieto on Monday instructed every agency in his administration to review cooperation mechanisms they have with the United States.