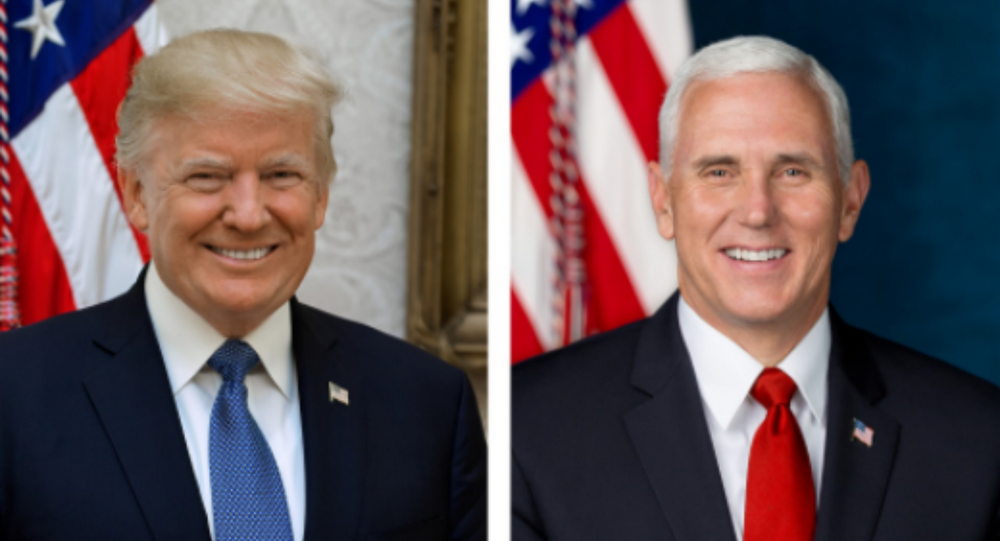 Offices and branches of the United States Postal Service may be required to exhibit photos of US President Donald Trump and US Vice President Mike Pence, if New York Republican Representative Dan Donovan’s bill mandating public institutions to display photos of the president and vice president passes the house.

A draft of the legislation states that portraits of those in power would be hung side by side in United States Postal Service (USPS) branches throughout the US.

The proposal was drafted after a Staten Island, New York state, resident informed Donovan that a local USPS office had displayed photographs of Trump's predecessor, US President Barack Obama, and former US Vice President Joe Biden, but neglected to display photos of Trump and Pence, the Independent reported.

"I've been going to the post office in St. George for about 15 years and about a month ago I went and I noticed that the presidential portrait was not hanging on the wall," declared Staten Island resident Monica Paquette.

"When people go to the post office or any federal building, they expect to see pictures of their government leaders on display," suggested Donovan recently, cited by Independent.co.uk.

The proposal also comes after Trump signed legislation prohibiting the use of federal funds for oil paintings of high-level politicians, including the president and vice president, after a 2013 report revealed that federal agencies had spent over $100,000 on official portraits since 2010.

Donovan, an aggressive politician seeking to mold his image to that of Trump's, is facing a hard-fought June 26 primary challenge by former Republican Representative Michael Grimm, who spent eight months in prison in 2016 for tax fraud.