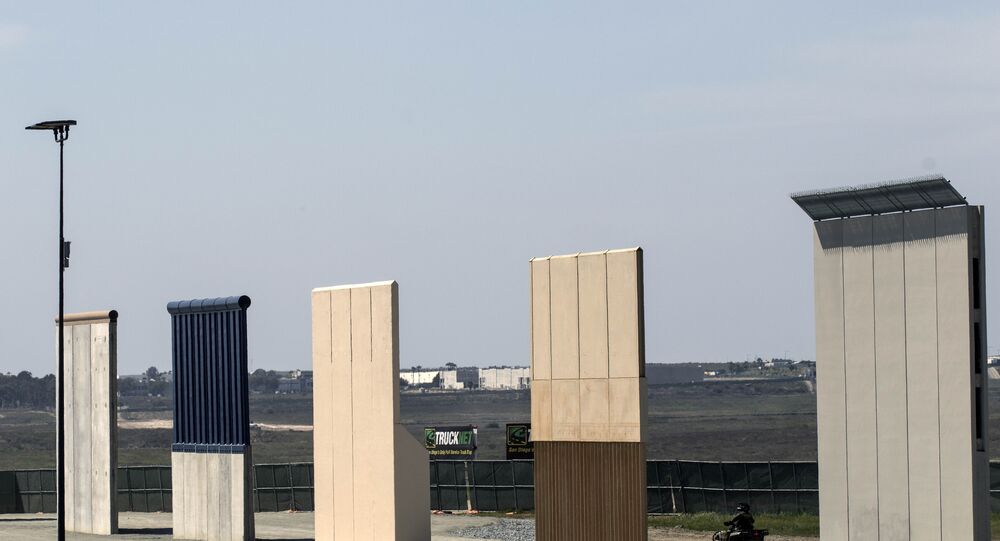 United States President Donald Trump signed a memorandum on Friday directing an end to the "catch and release" policy, the unofficial name for the practice of apprehending but releasing individuals found to be in the US illegally with the understanding that they will show up for a later hearing with an immigration judge.

Trump "signed a presidential memorandum to take important steps to end 'catch and release,' the dangerous practice whereby aliens who have violated our Nation's immigration laws are released into the United States shortly after their apprehension," the White House said in a Friday evening statement.

​"At the same time, the president calls on congressional Democrats to cease their staunch opposition to border security and to stop blocking measures that are vital to the safety and security of the United States."

"Based on a thorough review of appropriations law, we conclude that the Department of Defense has no legal authority, with or without a reprogramming request, to use appropriated funds for the construction of a border wall," the senators stated in the letter. "Since no funds have been appropriated for that purpose, we conclude that an expenditure of funds by the Department of Defense for the construction of a border wall would very likely violate the Antideficiency Act."

​The senators' letter responded to Trump's call to siphon several billion from the historically large defense budget for the politically charged border wall.

This week, the Justice Department reportedly sent yearly quotas to immigration judges requiring them to complete at least 700 cases per year to expedite deportation decisions. US Attorney General Jeff Sessions has previously noted that delays in immigration courts have resulted in a backlog, allowing those who should be deported to remain in the US for long stretches of time. Immigrants facing deportation can wait years before receiving a court date.