Stranger Things Creators Sued for 'Stealing' Concepts for the Show

The writers behind the hit Netflix series Stranger Things are being sued for allegedly stealing the concept for their hit Netflix series from another producer. Charlie Kessler claims he pitched the idea to the Duffer brothers in 2014 and is suing to prevent them making more episodes based on his concepts.

Kessler’s lawsuit alleges that the Duffer brothers breached an implied contract with him after he pitched them a similar sci-fi story set near a secret military base two years before Stranger Things was released. Kessler had produced a short film called Montauk in 2012 based around secret government experiments, which won an award at the Hamptons International Film Festival.

In the wake of Montauk’s success, Kessler approached the Duffer brothers in 2014 at the Tribeca Film Festival with an extended idea called The Montauk Project,which could be adapted for a feature film or a full-length series. His lawsuit claims that the Duffer brothers turned him down but stole his ideas, accusing them of “misappropriation, unauthorized use and exploitation of Plaintiff’s protected work, ideas, and concepts”. The complaint highlights how the Duffer brothers “have made huge sums of money” based on concepts allegedly stolen from Kessler, “without compensating or crediting [Kessler] for his concepts.”

One problem Kessler’s suit will likely face is in determining that the concepts he pitched to the Duffers in 2014 were his original ideas and therefore his intellectual property. The complaint states that, “Stranger Things was initially sold as a show entitled The Montauk Project and initially the show was repeatedly referred to asThe Montauk Project, before its name was changed to Stranger Things.”

READ MORE: The Obamas Might Be Sharing ‘Inspiring Stories’ on Netflix Soon

However, the title The Montauk Project originated in a series of books published in the 1990s about alleged secret government experiments at Camp Hero and/or Montauk Air Force Station. Kessler was clearly aware of these alleged experiments because the original title for his feature film was Camp Hero, before he changed it to The Montauk Project. Indeed, secret government experiments are a recurring theme in pop culture, from The Men Who Stare at Goats to The X-Files.

One of the reasons for this is that US government agencies conducted a variety of very real experiments either seeking to tap into supposed psychic powers or to develop advanced methods for mental and behavioral control. As researcher Christopher Garetano, an executive producer of the History Channel series The Dark Files, said, “After World War II, the United States recruited Nazi scientists and used them for a variety of things, to develop weaponry and technology.” 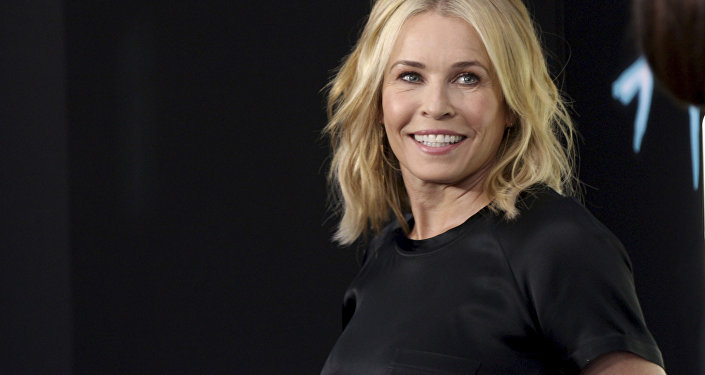 © AP Photo / Willy Sanjuan
Netflix Show Host Calls for Military Coup in US
The infamous MK-ULTRA program run primarily by the CIA was clearly an inspiration for Stranger Things, even being name-dropped in one episode by Detective Hopper while he tries to find out what’s really going on. The central character Eleven has advanced psychic superpowers developed with the help of secret military program that resembles known MKULTRA experiments. No version of this character appears in Kessler’s version of the Montauk conspiracy, in what will likely prove a bone of contention as the suit progresses. As Hannah Poindexter observed, “The entire series has its basis in widely believed conspiracy theories like the The Philadelphia Project, The Montauk Project and MK-ULTRA.”

Kessler is seeking damages, restitution and lost profits along with an injunction preventing the Duffer brothers from further use of his concepts. The injunction would also require them to “destroy all materials of every nature and kind in their possession, custody or control” based on the same concepts. This means that if the lawsuit is successful it could threaten the planned third and fourth seasons ofStranger Things, preventing them from being made.