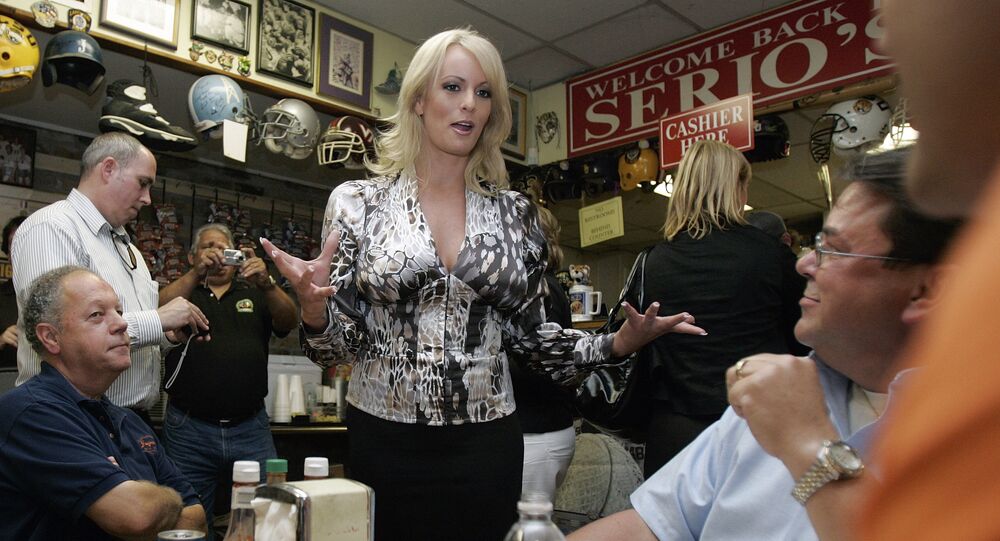 The US President has asked a federal judge to order private arbitration in a lawsuit brought against him by a former adult film star who claimed she had an affair with Trump.

On April 2, Trump and his personal attorney Michael Cohen filed papers in a Los Angeles federal court, asking to use arbitration instead of a jury to settle the row over the hush agreement, signed by Stephanie Clifford, known under her stage name Stormy Daniels.

According to Cohen’s lawyer, Brent Blakely, the agreement stipulated that any disputes over it be settled through arbitration.

Federal law "dictates that this motion be granted, and that Clifford be compelled to arbitration, as she knowingly and voluntarily agreed to do," Blakely stated.

Meanwhile, Daniels’ lawyer, Michael Avenatti, insisted that the matter should be settled in open court.

We will vigorously oppose the just-filed motion by DJT and MC to have this case decided in a private arbitration, in a private conf room, hidden from the American public. This is a democracy and this matter should be decided in an open court of law owned by the people. #sunlight