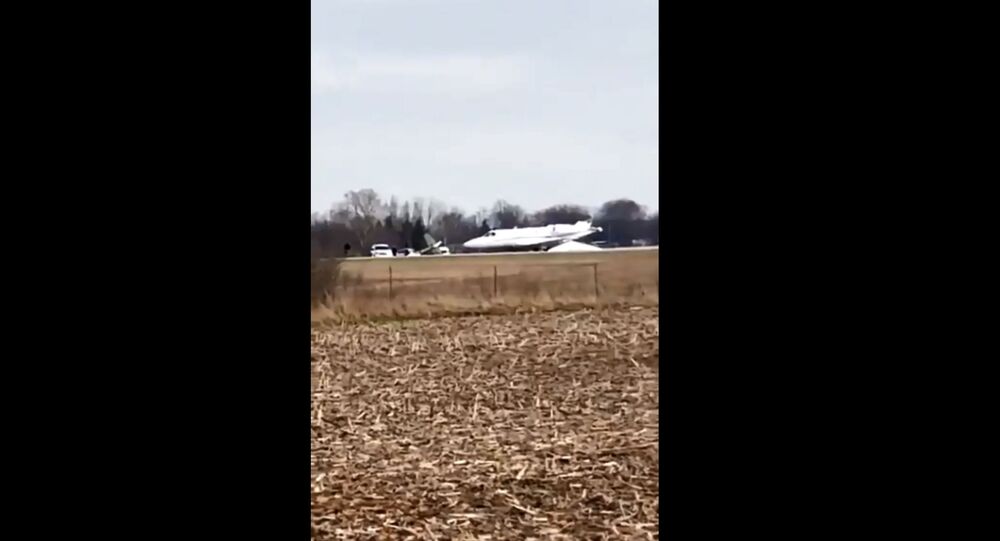 The following footage provides a glimpse of the aftermath of the collision, during which a small plane clipped the tail of a larger jet as it was taking off and the jet was landing.

The US Federal Aviation Administration identified the planes as a single-engine Cessna 150 and a Cessna 525 citation jet.

​After the collision, the smaller Cessna caught fire, killing the pilot and lone passenger. The larger Cessna 525 had five people on board, but none of them were injured during the incident, according to local news outlets.

​According to the FAA, the municipal airport doesn't have an air traffic control tower.

"Pilots using the field are expected to announce their intentions on a common radio frequency and to coordinate while on the ground and in the traffic pattern," the FAA said.