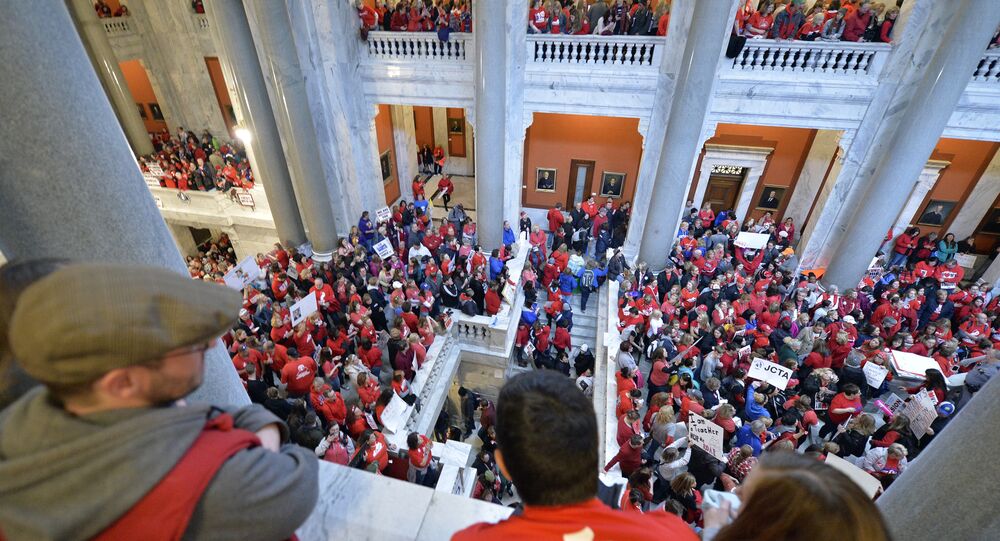 Schools in Kentucky and Oklahoma closed Monday as teachers in both states went on strike to protest pension reforms and to demand pay raises.