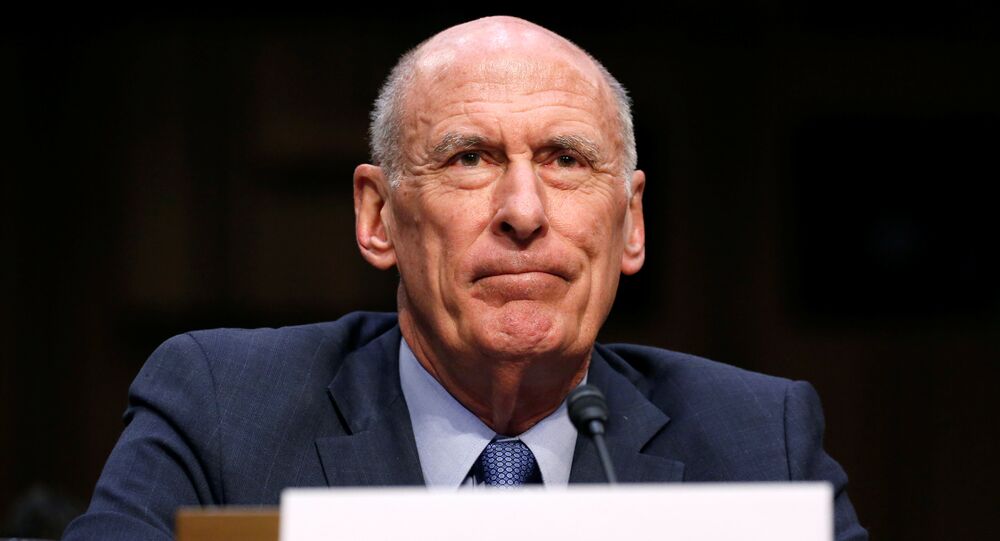 The head of the US intelligence community welcomed the decision to expel Russian diplomats from the country, made by the White House earlier this week.

US National Intelligence Director Daniel Coats, Director said during his appearance at a symposium at the University of Texas in Austin that ordering some 60 Russian diplomats to leave the United States in response to a poisoning plot in the UK was a good idea, according to media reports.

© AP Photo / Richard Drew
Russian Foreign Ministry: US Has No Right to Unilaterally Expel UN Diplomats
Coats claimed that the expulsion of the Russian diplomats was a savvy move on Trump’s part because Russia allegedly has far more intelligence operatives working in the United States than the US has in Russia.

"There is an issue that we have to deal with, and it goes to the malign activities of undermining our basic values. And it is, I think, a major step forward for this administration to take this action," the intelligence chief said.

Coats’ concerns were echoed by current and former US officials, who claimed that the increased presence of Russian agents in the US has made it hard for the FBI to keep up with them.

In response to the US government ordering 60 Russian diplomats to leave the country and shutting down the Russian consulate in Seattle, Moscow announced its intent to expel the same number of American diplomats as Washington and will shut down the US Consulate General in Saint Petersburg.

US State Department spokeswoman Heather Nauert said, however, that there was allegedly "no justification" for Russia's response and that Moscow shouldn't act "like a victim," while White House Press Secretary Sarah Sanders promised that the US “will deal with it.”

The National Intelligence director also warned about the threat of cyber-attacks that could compromise the US "financial system, our electrical system and all of our critical infrastructure, or individual bank accounts."