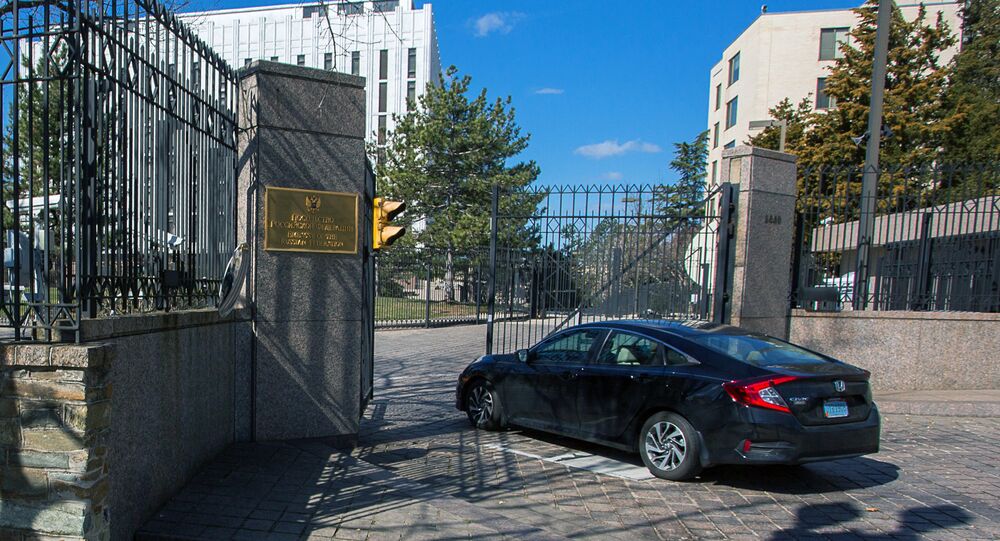 Russia’s trade mission in Washington was one of three diplomatic properties that the Trump administration ordered closed last year in retaliation for Moscow's decision to cut US diplomatic staff by half over a similar move by the United State.

"After the Russian trade mission in the US was blocked last September the decision to add me to the list of expelled diplomats did not come as much of a surprise," the diplomat said.

The Russian representative said he had learned about the US decision while attending a ministerial meeting in Moscow.

"This is an extremely negative move by the US that will further deteriorate the relationship between our countries," he warned. "But this does not mean that remaining Russian diplomats, who are in for difficult times in the US, will give up or scale back their efforts to maintain necessary US-Russia ties based on our national and common global security interests."

© Sputnik / Alexey Filippov
Groundless Expulsion of Russian Diplomats: Stunt to Escalate Tension - Analysts
The United States on Monday ordered 60 Russian diplomats out and its Seattle consulate shut in solidarity with the United Kingdom, which blamed Russia for this month's poisoning of a Russian ex-spy and his daughter in Salisbury, a claim Moscow has strongly denied.

A score of other countries, including many EU member states, Canada and Ukraine, followed UK’s lead this week, in what has become the largest expulsion of Russian diplomats in history.

Russia retaliated by ordering the expulsion of an equal number of diplomats of these countries from its territory. Sixty of them are from the United States. It also ordered the US consulate in St. Petersburg closed. White House spokeswoman Sarah Sanders said the US administration would "deal with it."