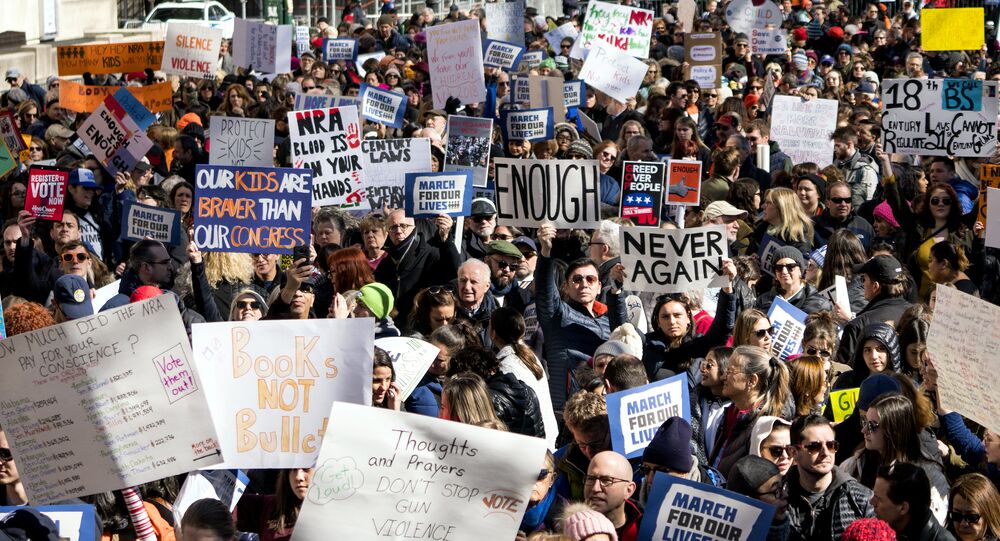 Trump: Second Amendment Will Never Be Repealed in US

The issue of gun laws has become especially critical in the US after the mass shooting in a Florida high school in which 17 people were killed; the incident sparked rallies against gun violence across the country.

"THE SECOND AMENDMENT WILL NEVER BE REPEALED! As much as Democrats would like to see this happen, and despite the words yesterday of former Supreme Court Justice Stevens, NO WAY. We need more Republicans in 2018 and must ALWAYS hold the Supreme Court!" US President Donald Trump stated.

Trump's comment refers to the rallies which took place across the United States on March 24 in response to one of the deadliest school massacres in US history — the Parkland shooting.

People from all across the United States gathered in Washington DC as well as other US cities on Saturday to call on Congress and local authorities to pass laws, which would stop gun violence. On Tuesday, retired Supreme Court Justice John Paul Stevens urged the protesters to demand the repeal of the second amendment, in an opinion piece for the New York Times.

On February 14, former student Nikolas Cruz, armed with a semi-automatic rifle, opened fire at students and teachers in his former high school in Parkland, Florida, killing 17 people and injuring 17 more.